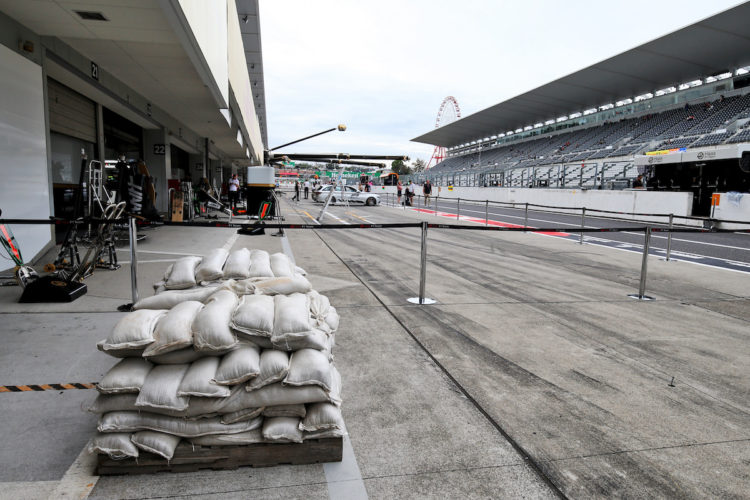 Formula 1 will return to the Suzuka Circuit this weekend for the first time since 2019, with the Japanese Grand Prix hosting the 18th round of the 2022 season.

Max Verstappen enters the weekend with another chance of becoming the World Champion, after enduring a difficult race in Singapore last time out.

The event in Singapore was interrupted by rainfall, and it could be a similar case this time around in Japan, with wet weather being forecast for the weekend.

In 2019, the last time F1 ventured to the Asian country, Saturday running was cancelled due to Typhoon Hagibis, which brought severe conditions.

Qualifying was pushed back to Sunday morning, a handful of hours before the start of the grand prix.

This time around, there is almost a 100 per cent chance of rain on Friday, and running may be disrupted depending on its severity.

Practice sessions take place on the opening day of the weekend, which are vital to driver and team preparations for the remainder of the event.

Saturday is set to be dry, with FP3 and qualifying taking place on that day.

However, a bigger question mark remains over Sunday, the day of the grand prix, with a reported 55 per cent chance of rain falling in the afternoon.

It could make for an even more exciting event as the sport returns to the famous Suzuka track.