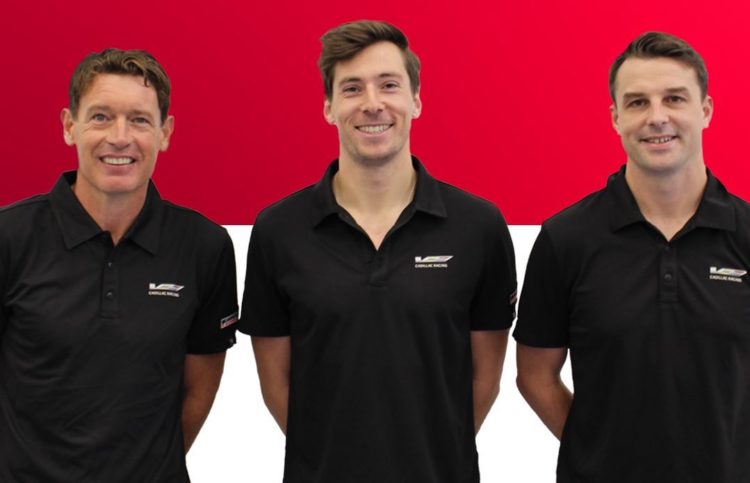 This marks the first Cadillac, and General Motors, has competed in a prototype category, and at Le Mans in the top class, since the Cadillac Northstar LMP programme in the early 2000s.

Cadillac will enter one car into the full 2023 season of the WEC, with the three named drivers taking turns behind the wheel. Lynn and Bamber, 29 and 32 respectively, have been competing together in the IMSA WeatherTech Sportscar Chamoionship this year, with the cars run by famed IndyCar and sportscar squad Chip Ganassi Racing.

47-year-old Westbrook, meanwhile, has been competing in the JDC-Miller Motorsports-run Mustang Sampling Cadillac in IMSA, but with that team switching to a customer-run Porsche 963 for next year, Westbrook has clearly chosen to remain in the Cadillac family. He also drove the Ford GT in that programme, also run by Chip Ganassi, in the mid-late 2010s, in IMSA and WEC.

The Ford GT entries, 2016-2018, also mark the last time Chip Ganassi ran a car at Le Mans, although the WEC side of the programme was run by Multimatic.

Bamber won Le Mans in 2015 with Porsche, driving the 919 Hybrid alongside Nick Tandy and Nico Hulkenberg, and in 2017, also with Porsche in the 919 Hybrid, partnering Timo Bernhard and Brendon Hartley. He last raced at Le Mans in 2021, in a WeatherTech Racing-entered Porsche 911 RSR, which DNF’d midway into the race.

Lynn, meanwhile, has raced at Le Mans in the GTE Pro and LMP2 categories, with Aston Martin in the former and United Autosports the latter. He won the GTE-Pro class in 2020 for Aston Martin, in a Vantage AMR, alongside Harry Tincknell and Maxime Martin.

WEstbrook has raced at Le Mans 12 times, mostly in ther GTE categories for Corvette, Ford, and more recently Aston Martin. He’s finished third in class three times, in 2010 for BMS Scuderia Italia in a Porsche 997 GT3-RSR in GT2, in 2016 in a Ford GT in GTE Pro, and in 2020 in an Aston Martin Vantage AMR in GTE Pro. In the last two years he’s raced for Glickenhaus in the Hypercar class, finishing third overall in the most recent edition of the race.

The 2023 FIA World Endurance Championship will get underway on 17th March with the 1000 Miles of Sebring.