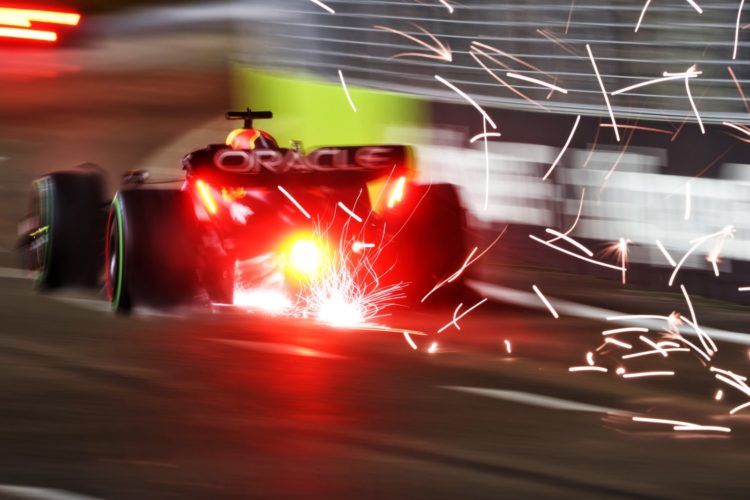 Max Verstappen says a misunderstanding on the volume of fuel in his Red Bull RB18 was behind his poor result during qualifying for Formula 1’s Singapore Grand Prix.

Verstappen was in the mix for the leading positions as track conditions improved around Marina Bay, with slicks utilised for Q3 after Intermediate tyres were required for Q1 and Q2.

Verstappen was on course for a rapid lap time during the closing stages of the session but he backed off through the final sector in order to get more space for his final run.

Having slipped to eighth – as rivals improved – Verstappen was up on provisional pole sitter Charles Leclerc as he completed the second sector of the lap.

But as he went through the final sequence of turns Verstappen was informed by Red Bull to abort his lap and return to the pits.

That prompted a furious riposte from Verstappen, who nevertheless obliged Red Bull’s request, sealing him a spot on the outside of the fourth row of the grid.

“I think we got a little surprised that we had that extra lap, but you can track that and see it coming so I don’t really understand how that was missed,” said Verstappen.

“Of course, in hindsight they should have let me finish the lap before that they told me to abort already to make a gap for the last lap.

“I can’t see how much fuel is in the car, but we have all the sensors in the world to track these things.

“It’s incredibly frustrating because we had a good car and you could see that already through Q3 the car was really good, of course the conditions are tricky but I like that but the car was also working quite well.”

Having heaped criticism on Red Bull, including on the radio in the immediate aftermath, Verstappen moved to defend such a style.

“I like the critical approach, because when I f*** up they can also tell me that I made a mistake, and I think it should be the other way around as well because that’s how we keep each other heading into the right direction,” he said.

Verstappen has won the last five races despite starting lower than eighth on two occasions.

He heads into Sunday’s race leading the championship by 116 points over pole sitter Leclerc.