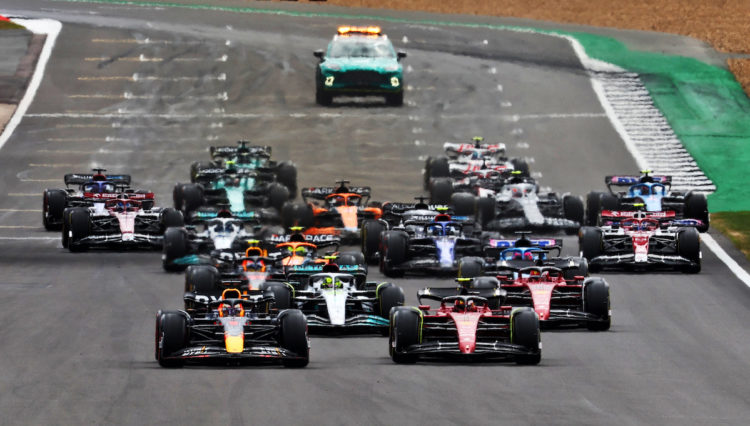 British Formula 1 fans have been left frustrated and angry after a new ticketing system for next year’s race at Silverstone left many waiting hours, whilst sudden price rises and system hiccups forced many to give up entirely.

The new “dynamic pricing” system meant ticket prices could rise or fall with demand, but that meant many who eventually got through to the check out, found the price they had expected to pay was now higher. Others were sent to the back of the queue when their cards didn’t work.

Fans have been expressing their anger on social media platforms TikTok and Twitter, with several videos and posts trending amongst motorsport channels.

“I was in [the] queue for Silverstone tickets at £219 (absolutely shocking price) went up to £279 by the time I got to [the] checkout,” wrote one fan.

Another explained that they were knocked out of the queue after six hours, only to rejoin and see the price of their tickets increase by £50.

“We are being priced out of attending and this will be our last year,” Phil Morris told The Guardian. “There’s no reward for loyalty and pure marketing towards making as much money as possible.”

Silverstone managing director, Stuart Pringle, promised that the system would be reviewed for the 2024 race and at the same time issued an apology.

“I am extremely sorry for the frustration, upset, disappointment and anger this has caused,” he told The Guardian. “We are going to do a root and branch review on all of this.

“I am not closing the door on doing anything differently next year, we will consider anything and everything. Nothing is off the table. We have learned a lot of lessons and we can’t have a repeat of this year.”

The ticketing system was provided by a third party, Secutix, which was unable to cope with the demand, forcing the payment system to go down several times. That eventually forced the site to close and ticket sales to be halted until the following day.

Pringle blamed a huge surge in demand for tickets, with the same number sold in two days for the 2023 event that were sold in five months for this year’s race. That caused ticket prices to rise far more quickly than was anticipated.

“Not long ago the issue was whether we could stay in business,” he added. “To reach a point where we are suddenly into Adele, Coldplay-scale of demand is just unimaginable.

“In light of what we know now, can we use our historic model given the current popularity of F1? We have to look at that. It’s wonderful we have had such a demand but it is utterly regrettable that our fans have been subject to these challenges. We have to sort it out and we will sort it out.”