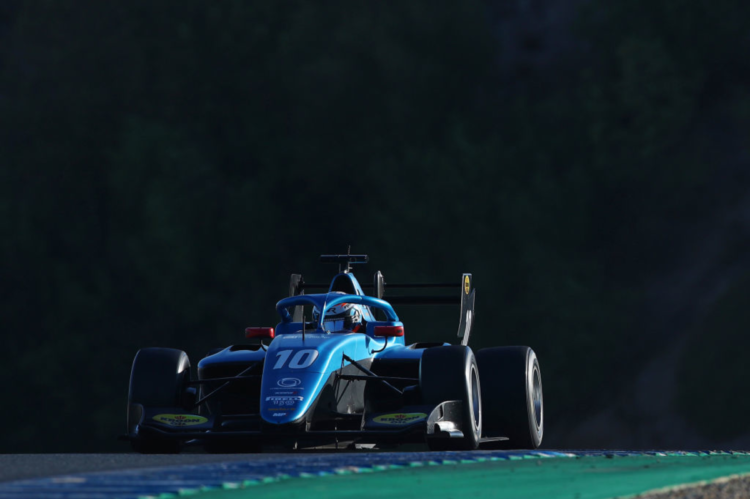 The FIA Formula 3 post-season test at the Circuito de Jerez has come to an end with Franco Colapinto setting the fastest time of the day for MP Motorsport.

Like the other two test days, the quickest time of the day came from the morning session. The afternoon session saw Taylor Barnard sit in the top spot at the conclusion of the test.

When the green light was shown for the start of the day, it was Sebastian Montoya who set the first benchmark before Hadrien David caused a red flag due to contact with the barriers at turn 10.

When the session went green again, Gabriel Bortoleto wasted no time in putting in some fast laps with the Brazilian going faster than Montoya.

Colapinto then traded fastest times with Gabriele Mini before the Argentinian set the fastest time of the session and day.

The MP Motorsport man finished on top ahead of Oliver Goethe, Bortoleto, Mini and Josep María Martí in the top five.

Following lunchtime, Barnard set the early benchmarks in his Jenzer Motorsport car ahead of Marti and Hugh Barter in a Campos Racing two-three.

There was a total of five red flags in the morning session with the afternoon having none for the first time in the three days of testing.

The final session ran smoothly, and the drivers clocked up as many laps as they could muster.

Zak O’Sullivan tallied up the most with 54 laps, making up 94 on the day after adding in the 40 he completed in the morning.

The teams and drivers now have a long wait until the next official test session which will most likely be around late February ahead of the new season.

With the Formula 1 calendar being released in the last few days, it is likely that the support series calendars will be out soon as well giving the F3 teams and drivers a schedule for the 2023 season.