Mini fastest on day one of post-season F3 testing 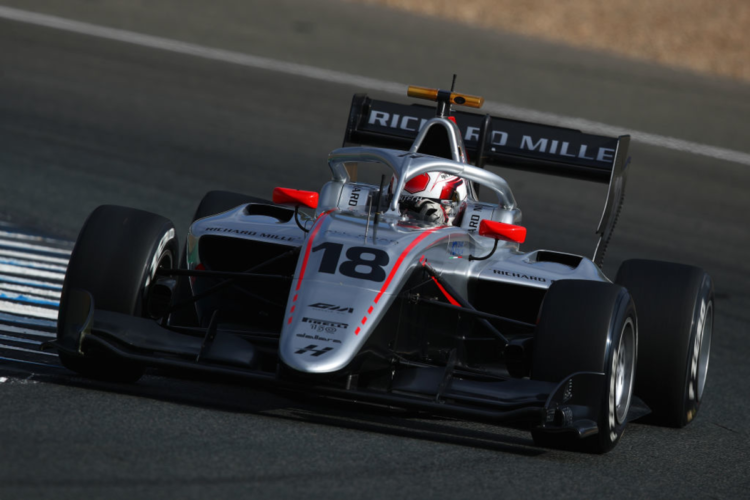 Gabriele Mini left his mark on the opening day of post-season Formula 3 testing after setting the fastest lap in the morning session for Hitech Grand Prix.

The morning seemed to suit the conditions of the Dallara F3/19 with Kaylen Frederick’s fastest time in the afternoon coming seven tenths behind Mini’s benchmark.

As the drivers took to the track, it was Mini who was fastest after the first turn of the hour ahead of Sebastián Montoya, both of whom are competing in the 2022 Formula Regional European Championship.

After Kaylen Frederick briefly put himself on the top of the timing sheets, Mini quickly retook the top spot with an hour remaining on the clock.

The morning at Circuito de Jerez saw three red flags for Frederick, Mini and Montoya respectively as the three drivers pushed the F3 cars to their limit.

After making his F3 debut at Budapest this season with Campos Racing, Oliver Goethe got straight back up to speed as he set the first benchmark in the afternoon session for Trident.

Gabriel Bortoleto doubled Trident’s joy as he made it a one-two before Roberto Faria brought out the first red flag of the afternoon, finding himself beached in a gravel trap.

At the halfway point, the Trident duo of Goethe and Bortoleto led Josep María Martí, with Francesco Pizzi and Leonardo Fornaroli making up the top five.

After the session resumed following another red flag, Zak O’Sullivan sent himself to the top of the standings with PREMA Racing. Team-mate Paul Aron put himself into the top four moments later before the final PREMA of Dino Beganovic toppled O’Sullivan to go fastest.

Frederick managed the fastest time in the final half hour of the session before it was effectively ended after a red flag was called out with five minutes remaining.