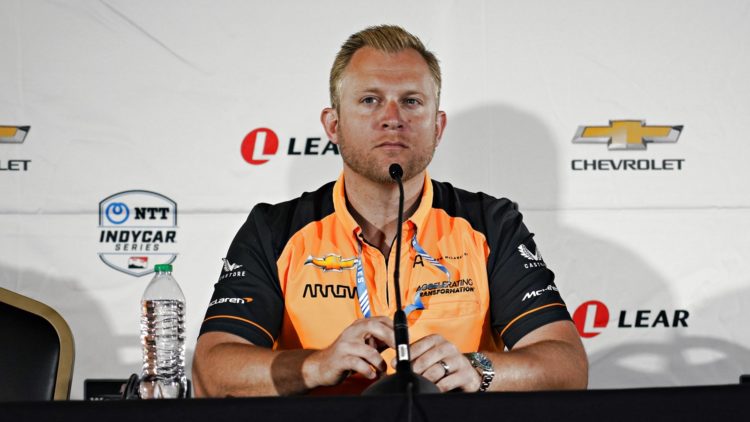 The President of Arrow McLaren SP Taylor Kiel is stepping down from his role, the team has announced.

The move is effective immediately, and a replacement for his role within the growing team did not accompany the news.

The wording of the announcement states that Kiel resigned, as opposed to being released by the team, implying that his performance or standing within the team did not lead to the split.

The official release from McLaren was very short, and did not elaborate on the reasons for his departure.

“Effective Tuesday, September 20, Taylor Kiel is stepping down as Arrow McLaren SP President after two seasons.  As the team grows to three cars for the 2023 NTT IndyCar Series season, announcements on team management will be made in due course.”

As President of AMSP, Kiel has been one of the more visible members of the team regarding driver announcement and performance.

He was a key figure in the signing of Alexander Rossi, who will be joining the team as a third entry next season.

His consistently calm demeanor over the radio also helped his ace driver Pato O’Ward to achieve four wins over the past two seasons.

“It’s been an honor to work for Arrow McLaren SP for more than a decade,” said Kiel on Twitter.  “As I step away, I am most proud of growing this team into a powerhouse able to fight for championships and wins each week.

“I now look forward to spending time with my own growing family and whatever’s next!”