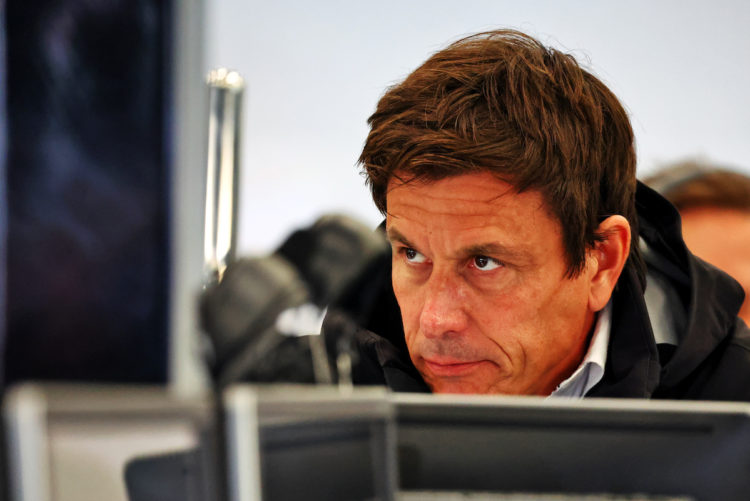 Mercedes Team Principal Toto Wolff admits that he is eager to see Porsche join the Formula 1 grid in the future.

Porsche was in discussions with Red Bull over a potential partnership from 2026, however talks broke down as the two parties couldn’t agree on terms.

Despite walking away from a deal with the energy drink-backed squad, Porsche has asserted that it still eyeing an entry going forward.

Porsche’s parent company in Volkswagen has already committed one of its brands in Audi to F1 from 2026, with the announcement made last month that it would enter the sport as a power unit supplier.

However, it is expected that it will take a majority share in Sauber and form its own team on the grid.

With Audi’s entry confirmed, Wolff is keen to see another major manufacturer in Porsche set up station in the paddock.

“It would be a great thing for F1 if Porsche would join as well,” Wolff said. “They just need to figure out if there’s another interesting project, whether they can buy a team.

Wolff says that Porsche’s marketing input would be highly beneficial for F1 if it was to confirm its place on the grid.

“Every large corporation, especially auto companies, not only auto companies because Red Bull is pretty good at that… not only buys a racing team and invests large amounts of money into running it but invests even more into activation is beneficial to F1,” he said.

“If a brand like Porsche, that is known all over the world puts their marketing dollars to activate F1 we will all be benefitting and I think this the important part, not just having a team and running it but in all the markets we race.

“Big advertising, big campaigns, putting the brand out there, that’s why having these big brands in F1 is important.”