FIA explains why it didn’t red flag the Italian GP 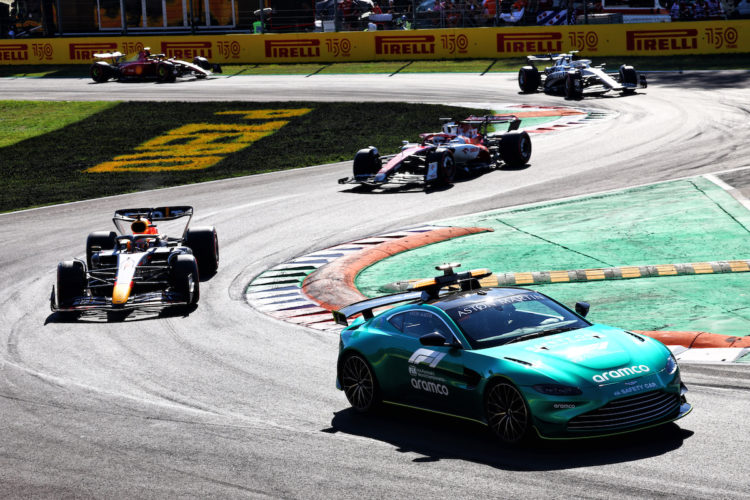 The FIA has offered an explanation as to why it didn’t issue a red flag towards the end of the Italian Grand Prix when Daniel Ricciardo stopped on the track.

The McLaren driver came to a halt on the circuit with just a handful of laps to go, and Race Control opted to deploy a Safety Car.

As Ricciardo’s car was recovered, the process was slowed as the MCL36 was stuck in gear, not allowing the marshals to quickly push it down the escape road.

In the end, the race ended behind the Safety Car to the dismay of some fans, with some suggesting that a red flag could’ve been thrown to allow for a more exciting conclusion to the race.

Max Verstappen went on to take his 11th race win of the campaign, ahead of Charles Leclerc and George Russell.

The FIA has stood by its decision to not deploy a red flag, insisting that the safety of recovering Ricciardo’s car was the priority.

“While every effort was made to recover Car #3 quickly and resume racing, the situation developed and marshals were unable to put the car into neutral and push it into the escape road,” said an FIA spokesperson.

“As the safety of the recovery operation is our only priority, and the incident was not significant enough to require a red flag, the race ended under safety car following the procedures agreed between the FIA and all Competitors.

“The timing of the safety car period within a race has no bearing on this procedure.”

The ending to the race once revived discussions regarding the controversial end to last year’s Abu Dhabi Grand Prix, where a late Safety Car turned the race on its head.

Rather than end the race behind the Safety Car, it was restarted on the final lap after the cars only between championship protagonists Verstappen and Lewis Hamilton unlapped themselves.

Verstappen went on to overtake Hamilton and seal his maiden Formula 1 title.