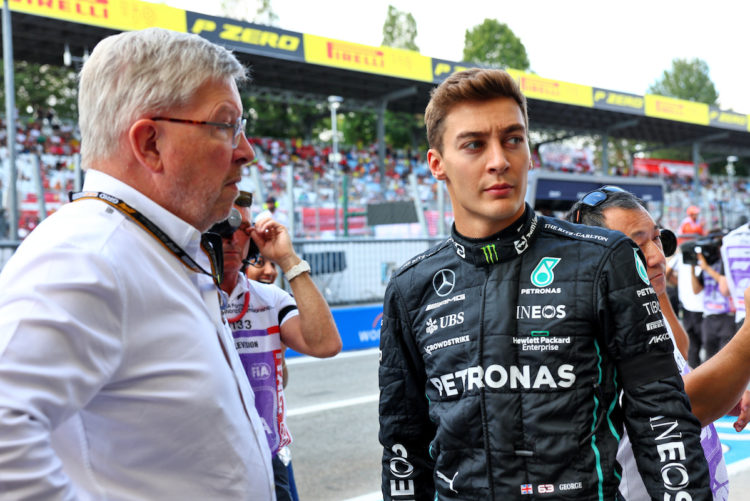 George Russell has suggested that Formula 1 will need to conduct a rethink over how it hands out penalties for exceeding power unit components going forward.

Drivers are currently only allowed to run a certain amount of power unit elements in a season – and if that figure is breached, they are hit with a grid penalty.

The FIA has steadily lowered the allowed number of components over the last several years as the turbo-hybrid units were developed.

But ahead of Saturday’s qualifying session for the Italian Grand Prix, nine drivers were issued penalties for Monza’s race for exceeding the quota.

Amid a period in which F1 is pushing for a sustainable future, Russell replied when asked if the grid penalty system is a bad look for F1: “I mean it’s a double-edged sword.

“We’re trying to be more sustainable in F1, cutting down the parts and engines we use across a season.

“With more and more races, we have three engines to take us through 23 races, running flat-out on a single engine.

Russell ended qualifying on Saturday in sixth place, over 1.3 seconds down on pole-sitter Charles Leclerc.

However, due to penalties for drivers in front of him, Russell will be promoted to second place for the start of Sunday’s race alongside Leclerc.

“We don’t deserve to be starting P2 after today’s performance,” he said. “It was again a frustrating session because we can’t seem to get the car in that sweet spot.

“Q2 was worse, Q3 was worse. But ultimately that’s been a theme this season. Lining up P2 we’ll have a faster race car, probably not fast enough to battle with Max, potentially Charles.” 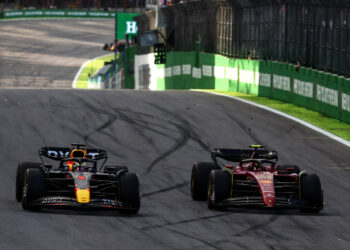