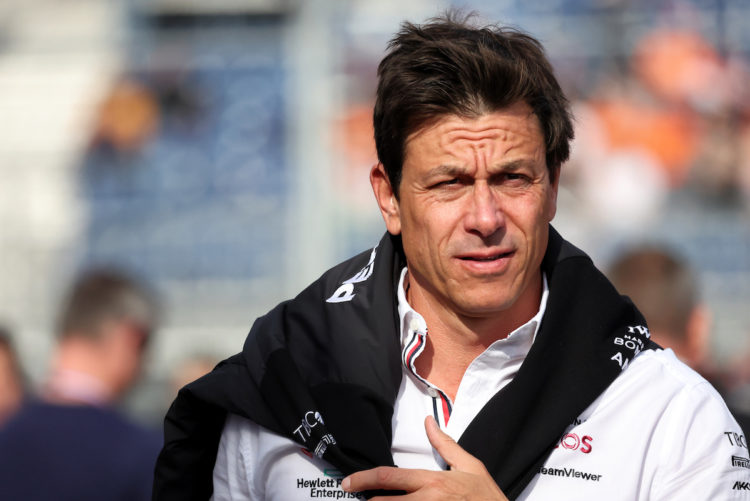 Mercedes team boss Toto Wolff says he expects his team will fare better at Monza this weekend than it did at Spa-Francorchamps.

The Brackley-based squad struggled for performance in Belgium, ending qualifying 1.8 seconds down on the fastest lap of the session.

Coming off the back of another podium finish last week in The Netherlands, Wolff is confident that Mercedes will fare better at Monza than it did at other low-downforce circuits this year.

“We didn’t have the fastest car across the Dutch GP weekend, but the team did a fantastic job putting us in the mix to win the race and we need to ensure we’re in that position on a more regular basis,” Wolff said.

“We took some risks in Zandvoort and not all of them worked; we exist to fight for victories and will never shy away from making bold decisions.

“We scored good points in our chase for P2 in the championship and it was fun to be back in the fight. Through everyone’s hard work, we’re edging closer to that first win of the season.

“This intense triple-header wraps up in Monza, an iconic venue with a rich history and heritage in motorsport, and of course the sea of red Tifosi.

“While Zandvoort suited our car, Monza is likely to be a more challenging weekend owing to the circuit characteristics.

“But we’re optimistic we’ll be in better shape than other low-downforce tracks like Spa, thanks to our learning since then, and be pushing hard to be fighting for the podium once again.”

Mercedes hasn’t won at Monza since 2018, with Ferrari, AlphaTauri and McLaren taking each of the last three victories at the track.