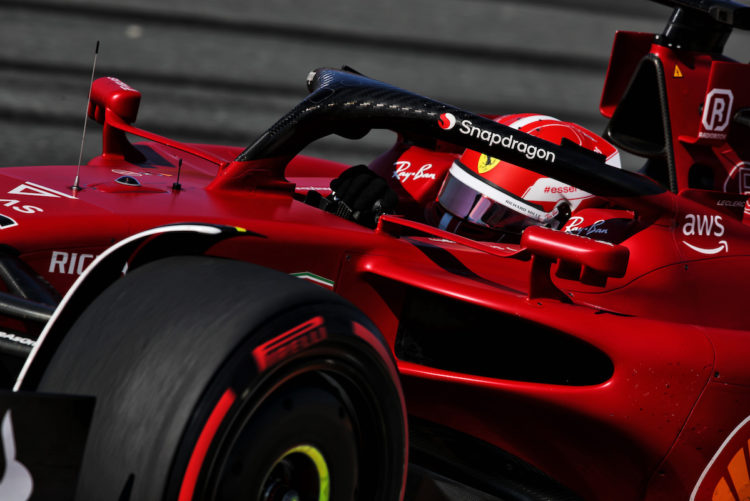 Charles Leclerc admits he is anticipating Ferrari will struggle to be competitive at the Italian Grand Prix this weekend.

Ferrari’s second home race of the year takes place at Monza, after the series visited Imola earlier this season.

Red Bull is expected to be the favourite for the upcoming weekend, as the track layout rewards strong straight-line speed.

Should the Milton Keynes-based squad come out on top, it will mark five wins in a row for the team as it surges towards grasping both the Drivers’ and Constructors’ Championships in 2022.

Ferrari last took a home victory in 2019 with Leclerc, but the Monegasque driver is not anticipating a similar performance this time around.

“On paper, it’s not our best track, unfortunately,” he said. “But anyway, I’m really looking forward to going there.

“We always have a massive amount of support. And for that, I’m really looking forward to it.

“But I think the performance on paper will be a bit more difficult than this weekend, unfortunately.”

Ferrari has taken just four race wins this year, despite possessing, in the early stages of the season, what appeared to be a championship-competing challenger.

However, it is now looking over its shoulder to protect second place in the Constructors’ standings, with Mercedes just 30 points behind it.

“I think everybody is obviously improving but in the last races, we’ve been struggling more a bit more in race pace,” Leclerc said.

“Now Mercedes is also in the fight and they are very quick. They were extremely quick today [at Zandvoort], especially on the Harder compounds.

“I think our pace on the Soft was really good at the beginning. We had used tyres,

“Max was on new, so I think the difference was more or less what we expected. But then, on the new Medium, we were slower than expected, for sure.”