Is Herta ready for the jump to F1? 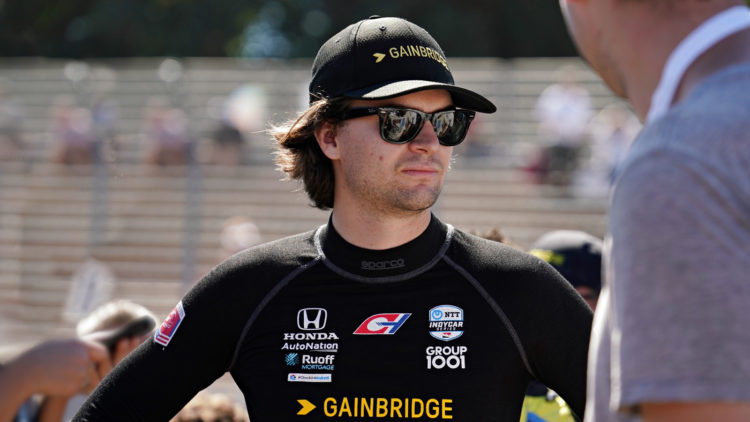 Herta is closer than ever to having a confirmed seat in F1. Photo: Kevin Dejewski

This past week, even more details began to emerge regarding Colton Herta’s attempt to make his way into Formula 1.

According to Helmut Marko, there is already a deal in place that would see the 22-year-old join Alpha Tauri next season, with the only barrier being a required exemption to the Super License points limitation. With everyone seemingly ready to sign off on Herta grabbing one of the most coveted seats in motorsport, is he up to the task?

Often when a driver is being offered a seat in F1, it is because he has been dominating his competition in the category in which he’s racing. The facts show that Herta has not been doing that, to the point that he has even labelled his own season as ‘miserable.’

But he is also in a unique situation. IndyCar is one of the more evenly-contested top-level series around, and it is the details that make him stand out rather than dominant stat sheets.

Herta won the third IndyCar race he ever contested in 2019, becoming the series’ youngest winner at only 18 years old.  He has gone on to win six more races in the past four seasons, but it’s the way in which he has achieved his accomplishments that has made others in the racing world take notice.

As an example, Herta’s most recent win at the Indianapolis road course shows as a single victory in the record books. But any that watched the race know that he mastered the trickiest of wet conditions, and was in a class of his own that day. He was able to make multiple passes, collaborate on strategy calls, and expertly maintain control of his car while the skies opened up late in the race.

The young Californian even related that he was able to watch the video boards as he drove down the front stretch to see if anybody was trying to make a pass on him, since the spray meant he could not see for himself in his mirrors.

That kind of multitasking ability in the toughest of conditions is one of the key reasons he has been linked to an F1 jump for the better part of two years. Another, is that he remains calm and collected through every situation he finds himself in. Upon first glance, Herta often looks bored at the race track on account of his nonchalant attitude. His demeanour would be better described as confident, however, and that confidence is backed up by his composure behind the wheel.

In July of this year, Herta was given a test day with McLaren where he was able to sample the world-class machinery first hand. The usual press release went out stating that the test went well and that he was fast right out of the gates.

But more important than those official statements was the talk around the paddock, which suggests that he was more than just okay. It seems that Herta was quite adept at multitasking and managing all the small adjustments that are necessary to drive a modern F1 car, and his impressive outing fueled interest in his services.

For some time, his path to F1 seemed like it would involve following his current team Andretti Autosport onto the big stage. Team owner Michael Andretti has been attempting to get permission to expand beyond his American presence for the past couple years, but still finds himself against roadblocks in that endeavour. Herta was tipped to be the team’s flagship American driver to race in the newest American team, but that particular avenue does not appear to be available in the near future.

One factor to consider that may give Herta some trouble should he make the switch is that he will likely no longer have his race-winning father Bryan Herta as his strategist. The elder Herta raced in CART and IndyCar for over a decade, earning four wins in that time.

He has since shifted to being a team owner, and more recently Colton’s strategist and voice on the radio. The father-son duo have talked to each other during races for the past two seasons, and their innate understanding of each other has helped to achieve many impressive results.

If Herta transitions to Alpha Tauri, the team will have their own personnel in place and would not readily accommodate his father on the pit stand. Even if they give him a role in the team, if he even asks for one, the comfortable dynamic that Herta has enjoyed while in the middle of a stressful race will be disrupted. Not to say that he won’t be able to adapt, but it will be an added challenge to go along with his learning the ins and outs of a new car.

Another consideration with the move, one which Herta is already well aware, is that he is not going to be able to hop straight in and start racking up wins the way he did in IndyCar. Not that wins are needed to prove oneself in F1, but it can be a hit to the ego when he’s been used to taking victories with regularity for most of his career. Although Herta’s calm attitude suggests that he will be unfazed seeing his name in the middle portion of the timing screens until he truly gets his feet under him.

Overall, the signs point to Herta being able to survive, and even thrive, in F1 should he be given the green light to race there next season. And he is still young enough to make a long-lived career out of the move if the opportunity works out as well as he hopes.

There are countless factors involved aside from his driving ability, however, and only time will tell if his expected move will prove successful.