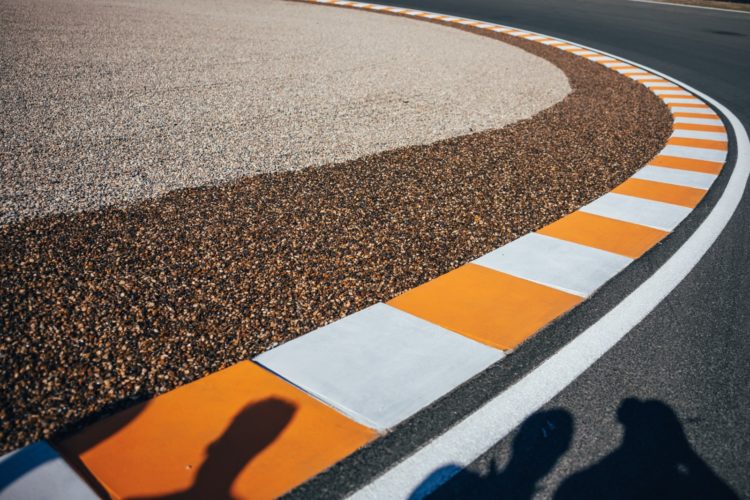 Organisers of Formula 1’s Dutch Grand Prix have installed a fake gravel trap in order to prevent stones from being dragged onto the racing line.

The tricky Turn 11/12 combination, where drivers plunge right before swiftly turning left, has previously resulted in gravel being dragged onto the racing line.

In order to provide a deterrent a one-metre-wide strip has been installed on the inside of Turn 12 that has been laminated with material.

“There is a new development in Turn 12, on the inside, there is gravel but to avoid gravel getting on the track they have made the first metre look like gravel – but it is actually a little bit like tarmac,” said Dutch Grand Prix Sporting Director Jan Lammers.

“So you can’t really use it: it’s too slippery and bumpy for it. At least it avoids getting all kinds of debris on the track, so it’s a nice development for other tracks.”

Formula 1 CEO Stefano Domenicali added that he is in favour of mechanisms that avoid the need for tarmac run-off.

“The philosophy related to the track and the run-off area, it’s ‘where is the right trade-off’,” said Domenicali.

“I share the opinion where what happened in Spa, Corner 1, before it was all asphalt and everyone at the first corner was out, who cares, that’s not what I like – there is a limit.

“And the gravel is a limit, so there’s not even [a chance] to discuss about track limits. If you go out you are out.”