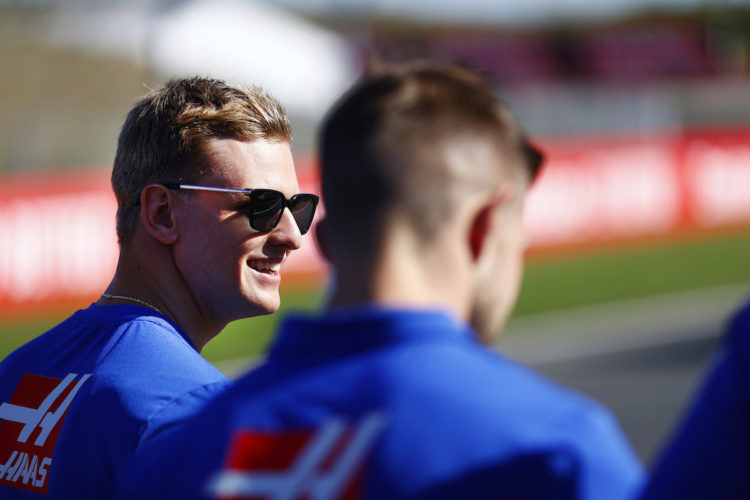 Haas team boss Guenther Steiner has provided an update on the team’s situation regarding its driver line-up for the 2023 Formula 1 season, asserting it will take its time over a decision.

Mick Schumacher’s future in the sport is not yet confirmed, and he is being linked with a departure from the US-owned squad at the end of the current campaign.

Schumacher joined the team last year alongside Nikita Mazepin, who was dropped from the outfit prior to the start of the 2022 season.

Haas has been linked with several drivers for next year, placing Schumacher’s F1 future in doubt.

Steiner asserted that Haas is not in a rush to announce who will partner Kevin Magnussen beyond the 2022 season, with the Danish driver signed to a multi-year deal.

“It’s not that we didn’t speak together about drivers or what to do but we decided to wait a bit – we are not in a hurry, we monitor the situation with Mick and see what is happening,” he said.

“We are not in a hurry – why do we need to decide now anyway?

“If we decide now and make the wrong decision and we regret it why would we force ourselves to decide just because you want an answer.

“I think what we are looking is to bring the team forward – is it best to have a really fast driver or a solid driver that can carry everything along, there’s so many things in it, but the aim is obviously to take the team forward again.”

Haas currently sits seventh in the standings, with its best result of the year coming at the season-opening Bahrain Grand Prix, where Magnussen crossed the line in fifth.

It has shown stronger form compared to the 2021 campaign, where it competed much of the season at the rear of the field.

Steiner suggested that there is much more interest in the team now, given its stronger position in the pecking order.

“Absolutely the cockpit is more interesting as last year, in 2020, when we let Romain [Grosjean] and Kevin go, I was the first one to tell them guys you don’t want to be here because it is a disappointing year,” he said.

“Now the car is better, and we get better with time, we are a much more interesting opportunity for a driver because he can show what he can do, and last year knowing it was a transitional year it was a perfect opportunity to learn about formula 1.

“Obviously we have a long way to go but we are in a better position than last year.”