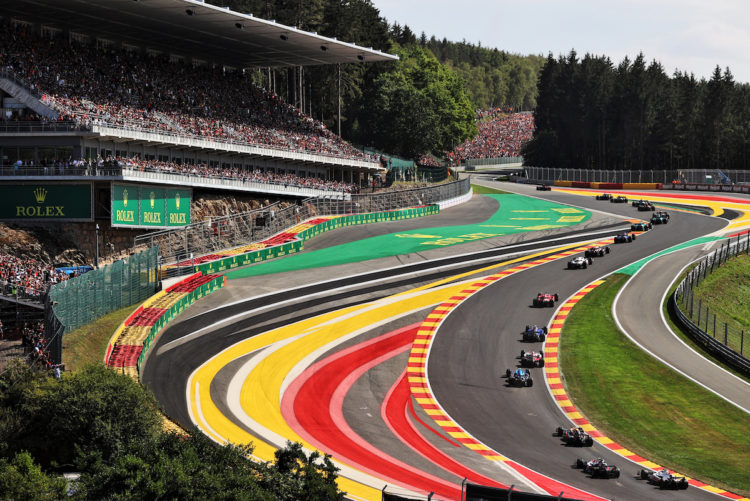 A number of Formula 1 drivers have reacted positively to the news that Spa-Francorchamps will return to the Formula 1 schedule in 2023.

There was a danger that the Belgian Grand Prix would not be present on next year’s calendar, as its contract expires at the end of the current campaign.

F1 has brought a number of new venues to the sport in recent years, with current events expected to make way.

South Africa was in talks to return to the calendar next year, but talks broke down which resulted in Spa’s extension for the 2023 season.

The track is a fan favourite of drivers and fans, and has been present on the calendar prominently throughout F1’s history.

“I hope of course we will never stop coming here but of course, at the end of the day, it’s not up to me, but I’m very happy that it’s here and that it’s happening next year,” said Max Verstappen after winning the 2022 Belgian Grand Prix.

For the 2022 season, a number of modifications were made to accommodate motorcycle racing at the venue, which Carlos Sainz hailed as he believes it made the circuit safer.

“I think it’s one of the best tracks in the calendar,” he said “I think they’ve also done a very good job with the changes they’ve done on track. I think putting gravel, getting rid of some tarmac run-offs, making Eau Rouge safer.

“I think it’s all changes that are in the right direction and I think we need to congratulate the circuit for that. And it makes it for a better show, and we look forward to come back in the future and hopefully it can stay in the calendar long [into the future].”

Seven-time World Champion Lewis Hamilton, who is a four-time race winner at the track, said: “That’s great news. Yeah, it’s a beautiful race. It’s a race that should definitely stay.”

F1 has also had an injection of street circuits in recent years, with Alfa Romeo’s Valtteri Bottas commenting that it’s important to retain a balance of different types of tracks.

“I think it’s good for everyone, I think everyone loves this track, so that’s good,” he said.

“It’s important to have this kind of tracks in the calendar, so that’s nice. If I had been asked I would have voted to come back next year too.”