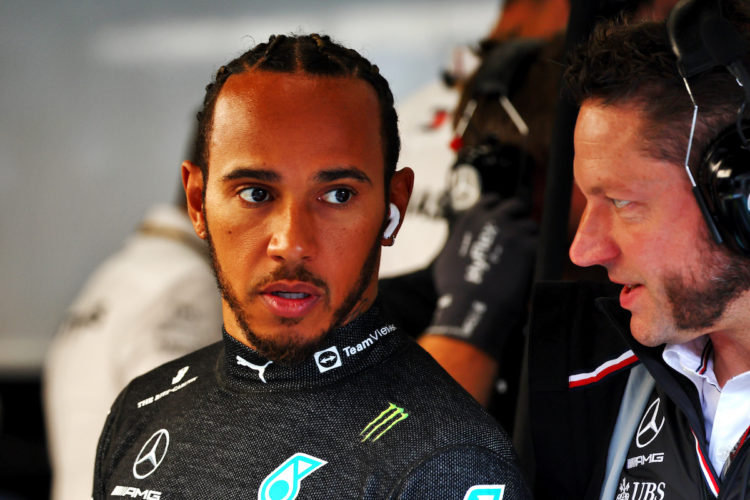 Lewis Hamilton has been issued a warning by the stewards after he refused to visit the medical centre following his crash at the Belgian Grand Prix.

The seven-time World Champion was eliminated from the race on the opening lap after coming together with Alpine’s Fernando Alonso.

Hamilton was attempting to overtake around the outside of Les Combes, but contact was made and his car was pitched into the air before returning to the ground with a severe thud.

He attempted to continue in the race before he was instructed to park his car, marking his first DNF of the year.

The medical car is automatically deployed if sensors in an F1 car exceed a certain threshold in an impact.

Drivers are then typically brought to the trackside medical centre, however on this occasion, Hamilton refused.

The stewards opted to issue Hamilton with a warning, stating that it is not the first time this season that drivers have chosen not to visit the medical centre after an incident.

“The Stewards received a report from the Race Director that driver Hamilton refused to visit the Event Medical Service following his crash on Lap 1 where the Medical Warning Light threshold was exceeded and only did so after the Race Director informed the team that further action could be taken if he did not,” read a statement.

“This is not the first time this season that drivers (not Hamilton) have initially refused to go for a medical check.

“The Stewards issue a warning in this case, with a reminder to all drivers that stronger action may be taken in the future.”

Hamilton accepted blame for the incident, while Alonso went on to finish the race in fifth place.