Wolff: 1.8s deficit to pole is not acceptable for Mercedes 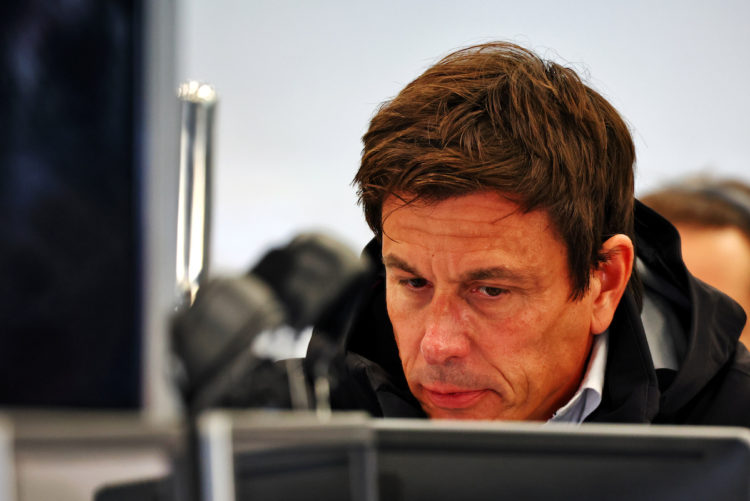 Lewis Hamilton and George Russell ended the session in seventh and eighth respectively, but both will move up three positions each due to penalties being applied to some of their rivals.

Mercedes’ form throughout the opening half of the 2022 Formula 1 campaign has been lacklustre, and it hoped to have more pace in the second segment.

It ended the pre-summer break stint with pole position in Hungary, courtesy of Russell.

However, its lap times at the Spa-Francorchamps circuit returned it to the feelings of disappointment it had in the early stages of the season.

Max Verstappen was the fastest driver, with Hamilton’s lap time almost two seconds down on the reigning World Champion’s effort.

“That was a very disappointing qualifying result, no matter that penalties for other cars tomorrow will push us up the grid,” Wolff said.

“Four weeks ago in Hungary, we were on pole, albeit with some slightly unusual circumstances that played in our favour; today, we were 1.8 seconds off pole position.

“Nobody in the team thinks that kind of deficit is acceptable, and even now after 14 races, we don’t understand how to consistently get performance out of this car.

“We seem to have high drag on the straights and haven’t given either driver a balance this weekend to give them confidence.

“Hopefully tomorrow we will have better race pace than we showed today, but we know that no matter our finishing positions, we have a lot of work ahead of us.”

Mercedes is still awaiting its first win of the 2022 season, having endured a long period of dominance in the turbo-hybrid era.