Ricciardo reacts to McLaren exit: ‘This isn’t it for me’ 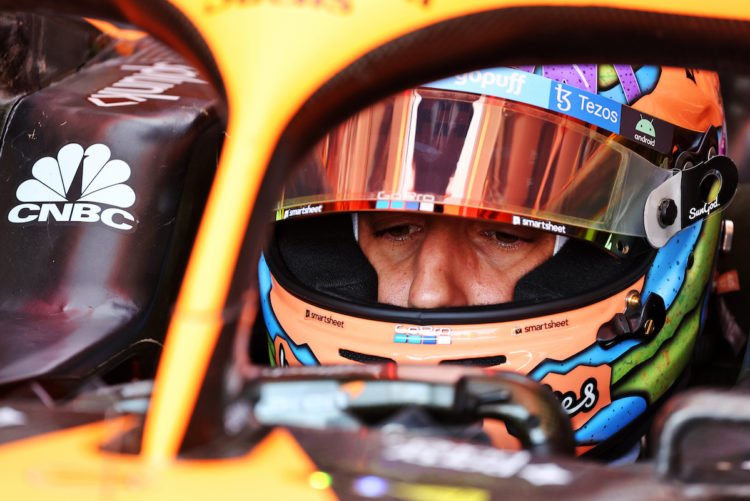 Daniel Ricciardo has spoken out after the news broke that he would depart McLaren at the end of the 2022 Formula 1 season.

Ricciardo has struggled throughout much of his time at the Woking-based squad, having linked up with it in 2021.

Throughout the summer break, there have been various reports that the eight-time grand prix winner was in talks to leave the team at the end of the season, with Oscar Piastri heavily linked to his seat.

On Wednesday, Ricciardo’s departure was made official, and the 33-year-old took to social media to provide a statement of his own.

“2022 will be my last year with McLaren,” he said. “Obviously we put in a lot of effort on both sides but just hasn’t worked the way we wanted.

“So the team decided to make a change for next year, we had a lot of discussions but in the end we mutually agreed that it was the right thing for both of us.

“I will continue to do the rest of the year, absolutely, and continue to give it my all. So that’s that. I think for the future, what lies ahead, not sure yet. Not sure yet, but we’ll see.”

“You know I look back on this time with McLaren, I look back with a smile,” he said. “I learnt a lot about myself, I think things that will help me for the next step of my career but I think just in general in life.

“I think too, from a results point of view, for sure, like to consistently get the results and that form that I was after, wasn’t always there and made some weekends tough. I felt those absolutely.

“That kind of stuff was awesome, to see the smiles on everyone’s faces to just be in that moment is something I’ll never forget.”

Ricciardo has been linked with a move to Alpine or Haas for 2023, and hinted that he will remain on the grid next year.

“The sport, you know, I still love it, I still love it,” he said. “This hasn’t affected any of that. I still have that fire in me, that belief in my belly that I can do this at the highest level.

“So yeah, all that stuff’s still there. I just wanted to say, appreciate everyone’s support through the highs, the lows and everything in-between.