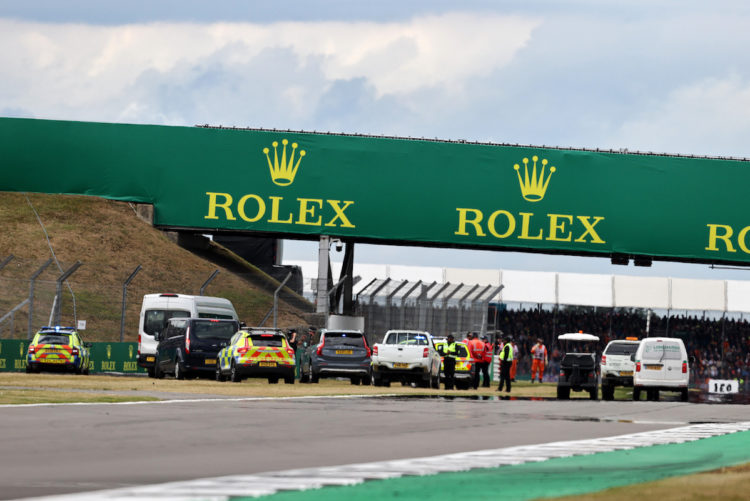 Six people arrived in court on Friday charged over a track invasion at the British Grand Prix earlier this year.

On the opening lap of the race, the protestors ran onto the Wellington Straight and sat on the track.

However, the race was red flagged before the cars reached the protestors at full speed, after Alfa Romeo driver Zhou Guanyu was involved in a horrific crash that saw him flip upside down, before becoming stuck in between the tyre barrier and catch fencing.

Some cars passed the protestors at a reduced speed, but still enough to endanger those involved.

David Baldwin, 46, Emily Brocklebank, 23, Alasdair Gibson, 21, Louis McKechnie, 21, Bethany Mogie, 40, and Joshua Smith, 29 have all been charged with conspiracy to cause public nuisance.

Prior to the incident, Northamptonshire Police revealed that it had “credible intel” that a protest was going to take place.

It pleaded with the organisers of the protest not to follow through with their plans, but the demonstration went ahead anyway.

McKechnie and Smith were remanded into custody following Friday’s hearing, while the other four parties present were granted bail.

There will be a plea hearing for all six defendants on October 3 later this year.