Bottas: I feel like I have something to say at Alfa Romeo 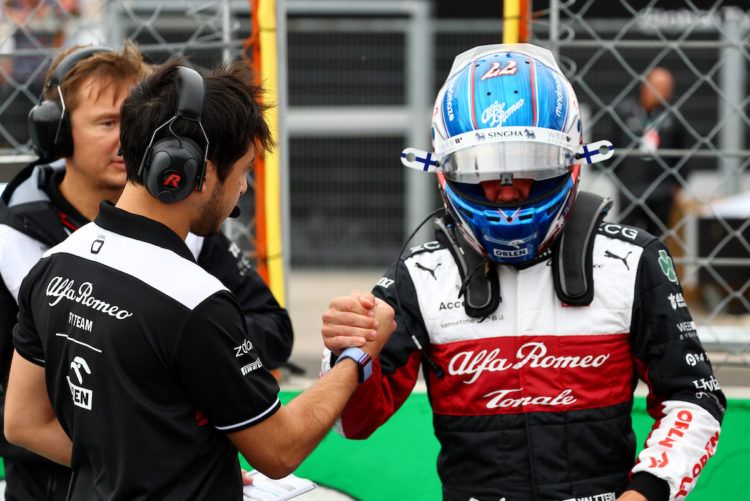 Valtteri Bottas has opened up on his new position in Formula 1, having made the switch to Alfa Romeo in 2022.

Bottas raced for Mercedes for five years from 2017 to 2021, following a stint at Williams.

The Finn was consistently out-paced by team-mate Lewis Hamilton throughout their time as team-mates, with Hamilton winning the F1 title four out of the five years during their partnership.

But at Alfa Romeo, Bottas is now the experienced driver and effective team leader, as he’s racing alongside the field’s only rookie in Zhou Guanyu.

Speaking to Auto Motor und Sport, Bottas says that he is relishing the new role at Alfa Romeo.

“The new role means a lot to me and it motivates me,” he said. “I’m supposed to help the team find a direction. In tuning the car, in motivating the team and in setting up my young team-mate.

“The greater responsibility gives you greater satisfaction. I feel like I have something to say now.”

Bottas added that he stops at the team’s factory at Hinwil “way more often” than he did at Mercedes, stating he visits every time there is a one week break between race weekends.

Highlighting a major difference between Alfa Romeo and Mercedes, Bottas says that installing new ideas at his current team is a much shorter process.

“At Mercedes, if I had an idea for a new part on the car or a different setup, it was a long process until it was implemented,” he said.

“There were always many people and departments involved. At Alfa, I can walk into the factory and talk directly to the people responsible.

“For example, I had certain ideas about the mechanical balance of the car. The engineers said: Yes, let’s try it out. And it worked. We did the same with one or two other things.”