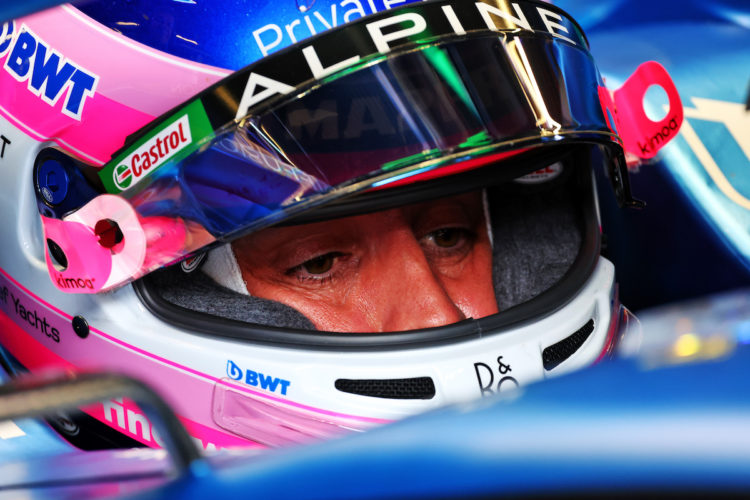 Fernando Alonso won’t be replaced at the Alpine Formula 1 team before the end of the 2022 season, the team has asserted.

Alonso announced just one day after the Hungarian Grand Prix that he would leave the team at the conclusion of the current campaign.

Alonso’s decision to depart Alpine took the team by surprise, as he hadn’t indicated prior to the announcement that he would be leaving.

Despite being disappointed over losing his services, Alpine boss Otmar Szafnauer told El Confidencial that it wouldn’t look to end the partnership early.

“Not at all, why [would we replace him?]” Szafnauer said when asked if they could drop him early.

“He is a great driver and he is performing at a very high level.

“Fernando is one of the best assets we have, and with Fernando and Esteban scoring points every weekend, that is what can lead us to beat McLaren [in the Constructors’ Championship].”

Szafnauer denies that Alonso’s impending exit will distract him from giving maximum effort as Alpine looks to end the 2022 season fourth in the standings.

“I am hugely competitive and similar to Fernando,” he said. “There is nothing more I want than to achieve results – it is what motivates me. I hate to lose, and I see the same in Alonso.

“That trait we have in common means that working together is very easy, and the relationship between now and the end of the year is going to be focused on beating McLaren.

“We have to be fourth in the championship. I don’t think we can beat Mercedes, Red Bull and Ferrari, but we can improve and get closer to Mercedes.

“It doesn’t matter if he foes to Aston Martin next year. Once you put your helmet on, you want to do your best – and I am the same.”