The Porsche Formula E Team line-up was revealed earlier this morning, with an announcement that confirmed that Da Costa will replace André Lotterer for Season 9.

There were rumours about a possible move to Porsche for Antonio Felix Da Costa – further consolidated by the fact that his current WEC team, Jota, will become a Porsche hypercar customer next year.

The Portuguese driver has been a fixture in Formula E since Season 1, where he started his journey in the all-electric series driving for Team Auguri in 2014. He won the Drivers’ title in Season 6, his first with DS Techeetah and as Jean-Eric Vergne’s teammate.

Da Costa was first selected to join the Red Bull Junior Team to replace Lewis Williamson in Formula Renault 3.5, and was a test driver for the main team in Formula 1. His successes outside of his Formula E career include a win at the 2022 24 Hours of Le Mans and two at the legendary Macau Grand Prix (in 2012 and 2016).

“I’m really looking forward to cracking on and winning races for this team,” da Costa said.“ I’ve been beaten by a Porsche many times in my career, and not only in Formula E, so I know that Porsche does everything to win.

“It’s in the brand’s DNA. I share the same ambition and can hardly wait to bond with the team and work together to ensure a successful start to the Gen3 era.”

Thomas Laudenbach, Vice President of Porsche Motorsport, praised the skills the Portuguese drivers displayed – and not only in Formula E.

“I’m delighted that António is coming on board,” he said. “He has an incredible skill set as a racing driver and has demonstrated many times that he’s a winner, not only in Formula E. We hold him in high regard as a driver and on his own merits as a person.

“He’s a positive guy who is a great fit for us and the Porsche Motorsport family. I’m confident that we’ll fight for victories and titles together for years to come.”

While Pascal Wehrlein has been confirmed at Porsche next season, Lotterer has yet to reveal his plans for Season 9. 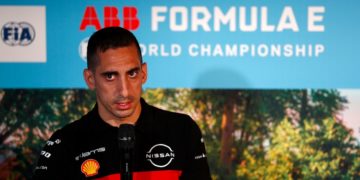