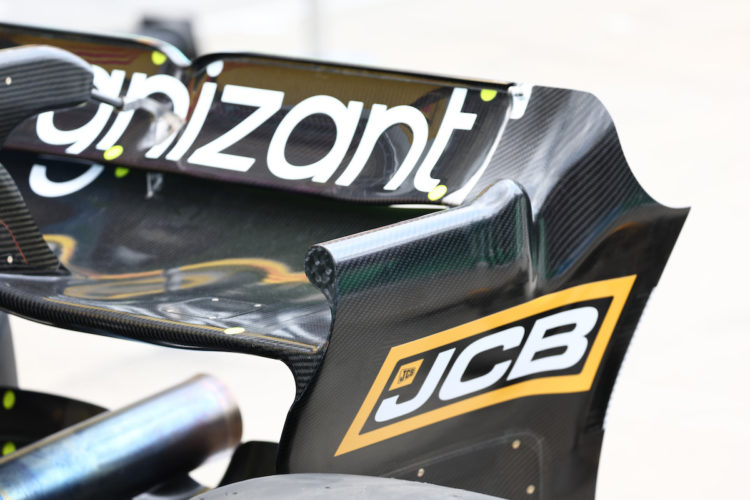 Alpine sporting director Alan Permane says he expects Aston Martin’s updated rear wing that was unveiled in Hungary will be copied throughout the grid.

Aston Martin turned heads with its updated wing in Budapest last month, which features an intriguing curved element on the endplate.

The new design appears to steer away from Formula 1’s intent with the new 2022 technical regulations, which aimed to decrease the dirty air effect and allow for closer racing on the track.

However, the FIA was consulted throughout the process of its design and declared it legal.

Aston Martin downplayed its impact throughout the weekend in Hungary, however Alpine asserts that all other teams on the grid are currently mocking up their own version for testing.

“I promise you there’s nine other teams running that in CFD at the moment and if it’s quicker, you’ll see nine more of them, I imagine,” Permane said.

“I can’t see why that wouldn’t happen if it’s completely legal. I get your point about the intent of the regs but we just want to go fast and be reliable so  that’s really for the FIA and Formula 1 to work out.

“If they’ve circumvented the intent and I doubt there’s anything that can be done about that this year, possibly for next year but I’m very sure if it’s faster, then you’ll very soon see more of them.”

Ferrari also stated that if the FIA offers further clarification over its legality, it too can see all other constructors using the design.

“If the FIA says it’s legal then everybody tries,” said Ferrari race director Laurent Mekies. “If it’s faster it will come to the cars.”