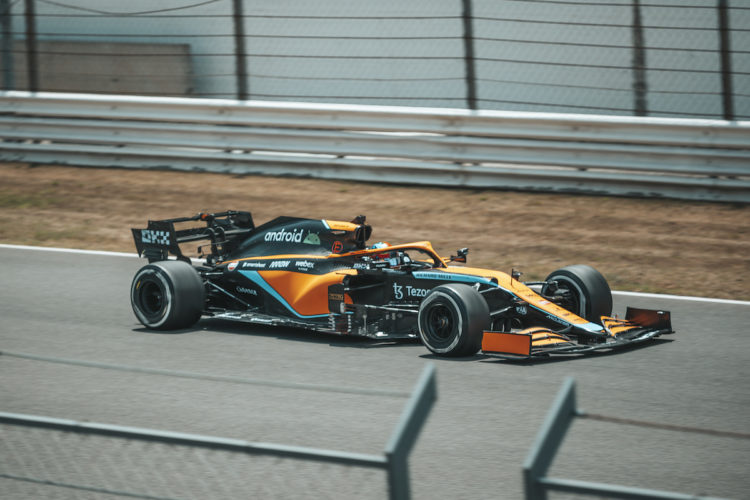 IndyCar’s Herta got behind the wheel of the McLaren MCL35M last month at Portimao, as part of his development driver role with the team this year.

Herta has been linked with a move to F1 amid interest from Andretti Autosport to form a team on the grid.

No fine details from the test were revealed, however speaking to Motorlat, Andretti claims that Herta drove at a high standard during the outing.

“Just recently the test that he had in Portugal with McLaren, I know a little bit more about it than what has been revealed – and it’s pretty darn good,” he said.

“As far as his Formula 1 ambitions, he will do well there. His future is bright, no question.”

Herta, who is just 22 years of age, has eight IndyCar wins to his name but has also come under criticism for some mistakes he has made on the track.

His title bid this year has been derailed by mechanical issues, which has seen him switch focus to the 2023 season.

Andretti has backed Herta to perform strongly in F1 should he make the switch in the future, stating he can easily iron out any mistakes that he makes.

“I am actually surprised at some of the so-called mistakes. At the same time – not to overlook the facts – he has what it takes,” said Andretti.

“Trust me, a mistake is something that grinds you forever; I’ve done plenty of those. I didn’t need to be told that I was stupid that particular time; I knew that myself. He does the same; we all do the same. That’s not a thing that would worry me.

“You cannot teach anyone to go fast, but you can slow them down just a bit as they progress and get some more experience.

“The mistakes, you can overcome all that. I am sure he is harder on himself than anyone else. He’s capable, he’s fast. He has good judgement; we’ve seen that he possesses it.

“All of the ingredients are in place. There is not a worry about his capabilities as far as I’m concerned.”