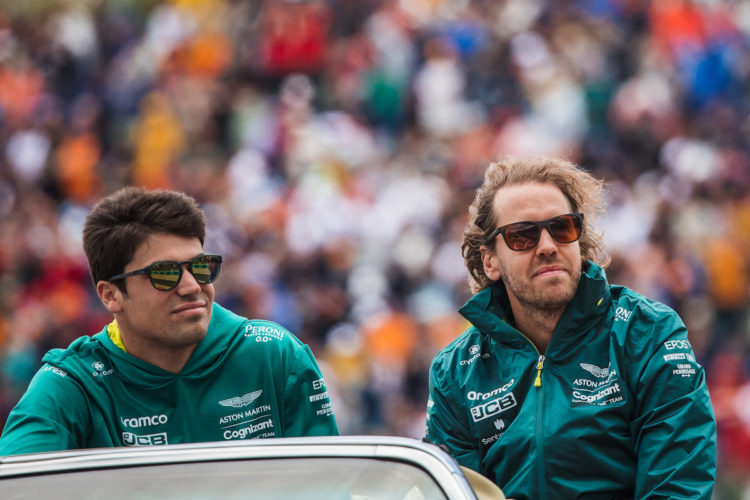 Lance Stroll says that he will miss a “great team player” in Sebastian Vettel when he departs the Aston Martin team at the end of the season.

Ahead of last month’s Hungarian Grand Prix, Vettel announced that he would retire from F1 at the conclusion of the 2022 campaign.

His seat will be occupied by two-time World Champion Fernando Alonso next year, as the Spaniard announced a shock decision to leave Alpine and join the Silverstone-based squad on the first day of the summer break.

READ MORE: Alonso and Aston Martin – what to expect? | Is Alonso eyeing up a future Mercedes F1 switch?

Vettel joined Aston Martin in 2021 after several years of competing with Ferrari, but has been competing mostly in the midfield pack for the last handful of seasons.

Stroll, who has been team-mates with Vettel for the last one and a half seasons, was asked what he will miss most about the German, to which he replied: “Well, definitely not the long debriefs!

“I think he’s good at that but, kidding aside, he’s just been a great team player and someone that that’s been really easy to work alongside It’s just been fun.

“He’s a big talent, extremely professional and I think his technical understanding as well, for the car and all that is great.

“He’s been a great member of the team and someone that I’ve really enjoyed working alongside. It’s definitely been fun.”

Aside from being one of the most successful drivers in the sport’s history, Vettel has drawn praise for being outspoken on social and environmental issues in recent years.

Stroll hailed Vettel for his impact on and off the track.

“His success on track [is his legacy] and, you know, the fact that he’s a great person off track,” Stroll said.

“He is a real gentleman and he’s done a lot for the sport and his success on track has been incredible over the years.”