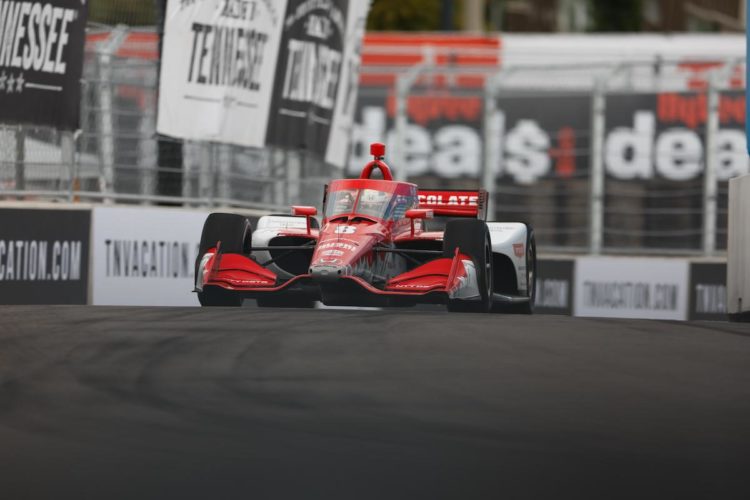 Grosjean was visibly frustrated by the incident, which was one of many that occurred in the field throughout the race.

The former Haas Formula 1 driver has been involved in a number of clashes this season, with several other IndyCar competitors coming to blows with him on and off the track.

Grosjean vented his frustration on Twitter after the race, releasing a post that contained a three angry emojis.

Ericsson followed it up with a message: “What goes around comes around”.

Newgarden also commented on the situation after the race, telling Grosjean “Welcome to IndyCar” after their clash.

One fan on Twitter described Newgarden’s post-race interview as “embarrassing”, to which Newgarden delivered a bizarre reply.

“How so? What are your credentials? Oh wait, don’t care,” he wrote.

Scott Dixon won the race in the end, scoring his 53rd race victory which places him second on the all-time IndyCar win list.