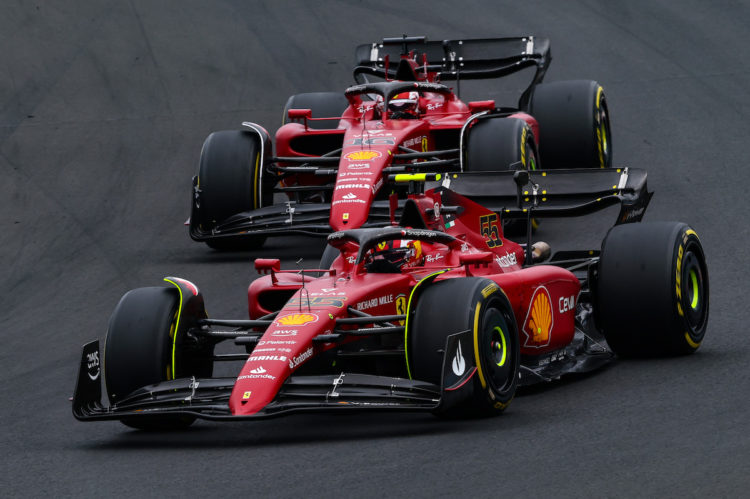 Sainz scored his first race at the British Grand Prix last month, and was on course for a top-two finish in Austria before his engine gave way.

In France, he climbed to fifth place after starting from the back of the field, while team-mate Charles Leclerc crashed from the lead.

Leclerc still leads Sainz in the Drivers’ Championship, but 1996 Formula 1 World Champion Damon Sainz recently suggested that it is Sainz, rather than Leclerc, who is the team leader among the drivers.

However, Mekies denies that it is the case: “So you are very right in saying that Carlos has had three extremely strong weekends:  Silverstone, Austria, France,” he said.

“We are very, very happy with that.  It did not show up so much on the final race classifications besides Silverstone because we had other things to deal with.”

Sainz struggled in the early part of the 2022 season and was involved in a series of on-track incidents – however Mekies has hailed Sainz and Ferrari’s ability to overcome the issues.

“But you are very right in saying that he has made great progress since the start of the seasons,” he continued.

“We made no secret at the beginning of the year that naturally the car was not suiting him very well.

“We had to work a lot with him, with his engineers, with everybody back in Maranello to make sure we can give him something he is more comfortable with. And these things take time.

“And slowly, it seems that we are heading towards the right direction, which is another great sign for the team and the way we interact. So I think that’s where it is.

“We treat them in a way that we can maximise our championship positions and we want them as fast as they can possibly be.”