Alesi to Ferrari fans: ‘Criticising the team will do no good’ 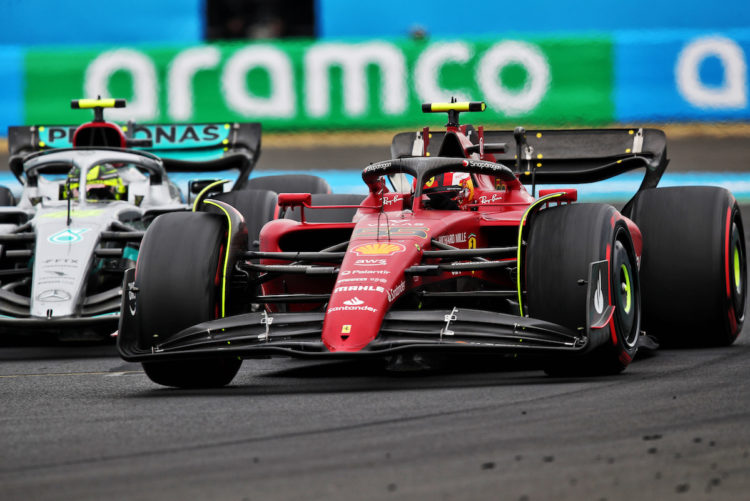 Ferrari has come under scrutiny by a number of fans in the last several weeks, amid a series of questionable strategy calls at the team.

Last time out in Hungary, Charles Leclerc was in a position to win the race before he switched to the Hard compound, which severely dented his pace – he dropped to sixth at the chequered flag.

Ferrari’s difficult season has seen its title chances hampered, as it currently sits 97 points behind Red Bull in the Constructors’ Championship.

Max Verstappen holds a similar large lead in the Drivers’ standings, as he rests 80 points in front of Leclerc.

“It’s a season that feels like a roller coaster, and this increases emotions and reactions,” Alesi said.

“Dreaming of a victory transforms a defeat into a sports drama with a passion that reminds me of football cheering.

“I also suffer thinking about Hungary. There have been mistakes even before the strategy. But going against Ferrari is not good for any fan, it does not bring any good to the team.

“I say this understanding every outburst because passion is made up of strong feelings. We could analyse the race to try to understand the how and why but now it is not needed.

“Rather, it serves, on my part, an invitation to hold on, to make a bank, not to destroy. Because negativity does not bring anything good, ever.

“I want to love this Ferrari [team] because the men of Ferrari are the first to suffer for every defeat, for every mistake that leads to a defeat.”