VeeKay to stay with Ed Carpenter Racing in 2023 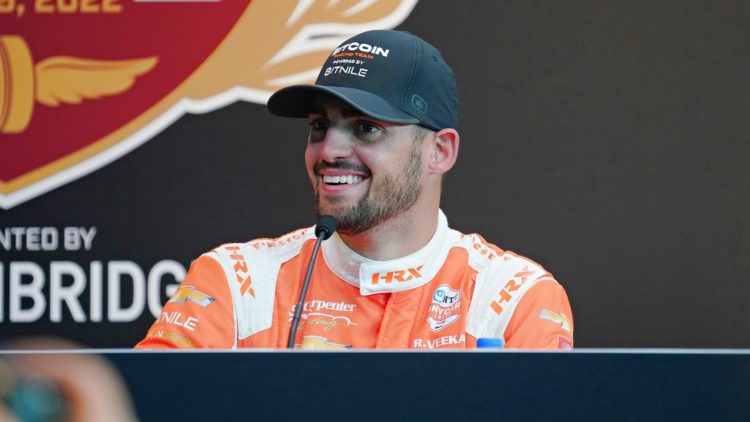 Ed Carpenter Racing has announced this its young Dutch driver Rinus VeeKay will stay with the team as the driver of the #21 entry next season.

VeeKay has raced his entire IndyCar career with ECR, and will now stay with the team for a fourth consecutive season in 2023.

The 21-year-old has one win since graduating to the top level series, but suffered a downturn in performance following an off-track bicycle crash in the middle of last season.

He has rebounded this season, however, and has six top 10 finishes so far this year.

“I am very excited to continue with Ed Carpenter Racing for what will be my fourth year in the NTT IndyCar Series,” VeeKay said in the release. “Ed Carpenter gave me the opportunity to drive for the team when I came out of Indy Lights and has let me showcase my talents in an Indy car ever since.

“The continuity at ECR is great, there have barely been any changes in my time here and it’s very nice to have the same group of people around me all the time.  We have been stepping up our game every season and with the support of Todd Ault and BitNile, we can really move forward as we head into 2023.”

With the extension, VeeKay becomes the longest-tenured driver that ECR has ever had, Ed Carpenter himself notwithstanding, in its 11 year existence.

He will remain paired alongside Conor Daly, who is currently finishing up the first year of his two-year deal with the team.

“I am so happy to be able to extend our relationship with Rinus, he is an extremely versatile and talented driver,” said Carpenter. “It has been and remains our hope to build our team to new heights with Rinus helping lead the charge.

“Our goals and expectations are to win races and to compete for championships. With Rinus’s growth and the support from BitNile and Todd Ault, we are primed for success.”

VeeKay’s announcement takes him off the market for next season, and leaves one less driver available to fill in for Alex Palou at Chip Ganassi Racing should the ongoing contract dispute result in a vacancy at that team.