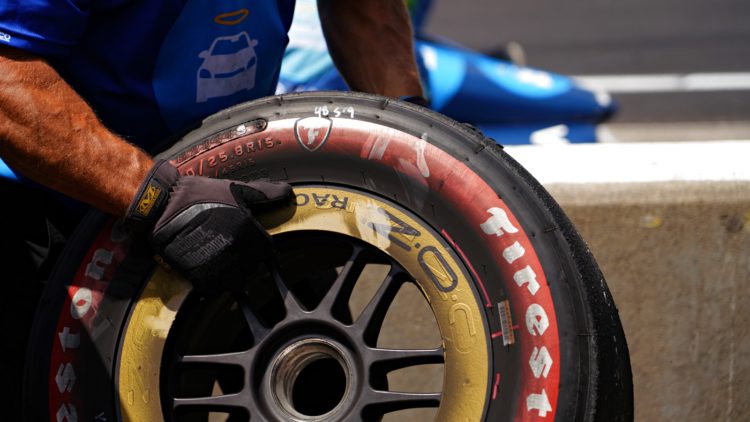 During IndyCar’s recent visit to the Indianapolis road course, multiple drivers expressed frustration over the lack of consistency in performance of Firestone’s softer compound tire.

Firestone has been the sole supplier of tires in the series since 2000, and they provide sets to all the teams on the grid.  For road course weekends, two different compounds are delivered for use throughout the weekend.

The softer, red-walled tire was the compound in question at IMS, and multiple drivers reported that their car balance was completely thrown off from one set to the next.

Speaking to NBC after being knocked out of qualifying, Colton Herta expressed his frustration at the lack of control he had over the situation.

“These last two years, Firestone tires have been so inconsistent,” said Herta.  “We go out with one balance, don’t change the car at all, and we go out the next time and it’s incredibly different.  We’ve had problems with this, everyone has, for the last year and a half.

“It’s so frustrating when you have a good car.  The car is fine, it’s not the car’s fault.  Inconsistent tires suck.  You’re locking up the rears and super loose.  So yeah, I’m pretty frustrated about it.”

Herta’s lap in the second round of qualifying was two-tenths of a second slower than what he put down in the first round, and a lap that matched his first time would have advanced him into the final Fast 6 round.

Conor Daly was also seemingly bitten by a poor performing set of tires in qualifying, and echoed Herta’s thoughts on the television broadcast.

“There was a bit of red tire inconsistency.  You put on another new set of reds, and the balance was completely different for Q2.  We’ve seen that a couple times this year, and a couple times on the black tires too.

“Firestone’s a great tire partner, but there’s just some odd inconsistencies.  I don’t know whether it’s the weight of the car now, or whatever it is.”

Daly’s time in the second round was also slower than the lap he was able to set just a few minutes before, leading to his frustration whether or not a particular set of tires was the cause.

At times it is difficult for drivers and teams to pinpoint their performance issues to a bad set of tires when so many other factors are in play, but there does seem to be an ongoing consistency issue.

The weekend’s eventual race winner Alexander Rossi also chimed in the disparity in individual sets of tires, saying that it is well known there is a chance to receive a set that is not up to par.

“I think we all at one point unfortunately will get burned by it at one point in the year,” said Rossi.  “I mean, it is a thing.  It does exist.  It’s frustrating for sure when it happens.

“Firestone for the most part does a very good job, but there certainly has been inconsistencies that have popped up, especially on the red tire, I think for the past couple of years.

“They produce thousands of tires and it’s a couple, maybe 20 to 30 a year.  Maybe that’s being generous, I don’t know.  But it’s pretty hard to pinpoint.”

Firestone brings nearly 250 full sets of tires to each race weekend, and affixes them to the team’s rims on site at the track.

Teams are purposefully left out of the process to prevent any sort of unfair advantage, but they do expect to receive largely identically performing tires throughout the entire weekend.

Some variability in the process is expected, but it seems that larger discrepancies are being introduced at some point in the manufacturing or delivery process than the teams and drivers would prefer. 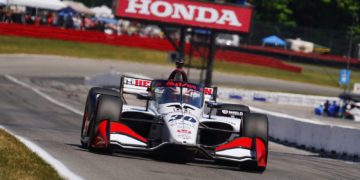