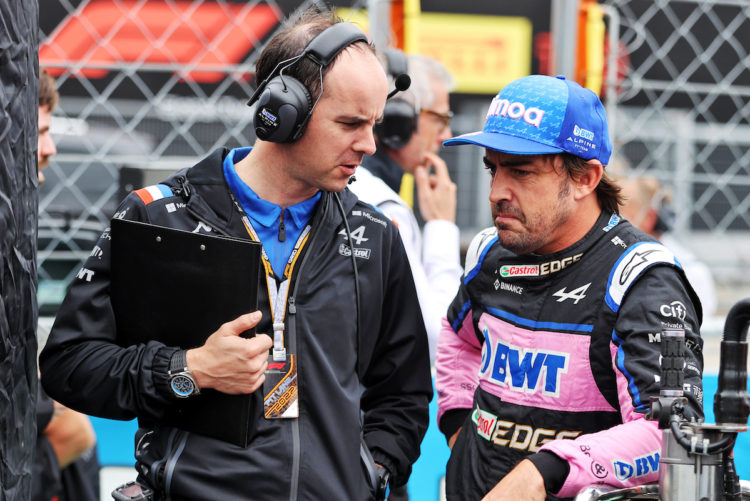 Alpine team boss Otmar Szafnauer says that his team only learned that Fernando Alonso would join Aston Martin in 2023 through the official public press release.

On Monday, Alonso announced that he would depart Alpine at the end of the 2022 campaign to link up with Aston Martin.

Prior to the Hungarian Grand Prix weekend, Alonso stated that he would begin discussions regarding next year at the start of the summer break, with every available seat an option for the two-time world champion.

However, the announcement came on the first day of the summer shutdown, with Alonso replacing Sebastian Vettel at the squad following the German driver’s retirement.

Speaking to The Race, Szafnauer revealed that Alonso didn’t inform the Alpine team that he would be leaving at the end of the current campaign.

“It is the first confirmation I had,” Szafnauer said. “Obviously when we’re in the paddock there’s all sorts of rumours. I’d heard rumours Aston were interested.

“And once you hear they are interested there are probably discussions that took place.

“There were some other indications that discussions took place, like walking out of the same motorhome at the same time, all that kind of stuff, which I saw.

“But I was confident that even with the discussions – there’s nothing wrong with exploring – we were very close.

“The first confirmation I had was the press release. I did ask the question and was told, ‘No, no, no I haven’t signed anything’. So, I was a bit surprised.”

Alonso will partner Lance Stroll at Aston Martin, while it is still not clear who will replace the Spaniard at Alpine.

Oscar Piastri has been touted as the favourite, however a French report claims that Daniel Ricciardo is a front-runner for the seat, with Piastri taking his spot at McLaren for 2023.