Newgarden dominates to take victory in first race from Iowa 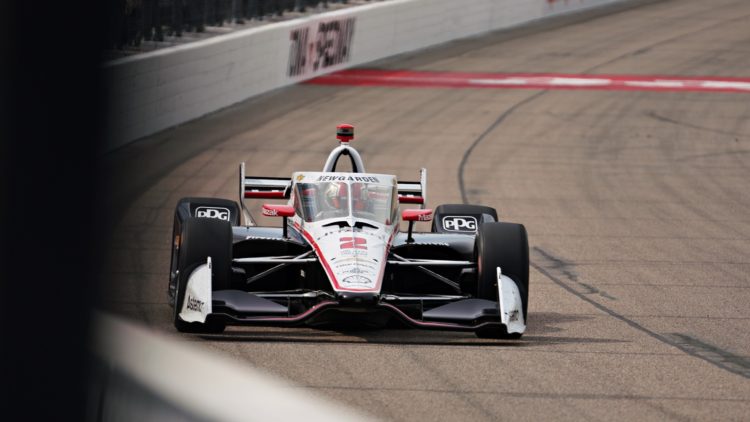 Under sweltering conditions in central Iowa, the NTT IndyCar Series took to the short oval of Iowa Speedway for the first race of a doubleheader weekend.

Will Power led the field away from the green, but he was only able to hold that advantage for the first 22 laps.  Josef Newgarden got the jump on the first restart of the race, and passed Power heading into turn 1.

Once Newgarden was able to get past Power following the first caution, he never looked back.  He held off challenges from multiple drivers, including Marcus Ericsson and Pato O’Ward, who each worked their way to the front later in the race.

Newgarden led 208 of the 250 laps, and the win boosts Newgarden to second in the points standings.  It also places him only 15 points behind Ericsson, who retains his lead despite a poor finish one lap down.

O’Ward crossed the line second, and was disrupted by a considerable amount of traffic in the final laps.

Power ended up on the last step of the podium, completing a strong weekend for the veteran.  He will have a second chance to win a race from pole again on Sunday, where there are 50 more laps on offer.

By the end of the race, nearly everyone was struggling to keep control of their race cars.  Highly degraded tires proved very difficult to control in the final stint when the leaders had over 80 laps on their last set.

Alex Palou lost a couple spots in the last few laps as he struggled more than others to control his car, and ended one lap down in eighth.

There were a couple cautions that interrupted the afternoon, the first of which was caused by Jimmie Johnson as he pushed too low in the corner and slipped on the paint.  He did not hit the wall, however, and was able to bring it home in a respectable 11th place.

The first collision of the day was for Felix Rosenqvist, who hit the wall hard after losing control of his Arrow McLaren SP Chevy.

Later in the race, Ed Carpenter had nearly the same accident, and also had to make a trip to the infield car center after a hard hit to the barriers.

During Rosenqvist’s caution period, the Dale Coyne drivers of David Malukas and Takuma Sato were each called to pit road with the leaders when they could have waited until they were waived around to the lead lap.

The mistake ensured they could not recover to the lead lap, and finished 14th and 21st respectively.

A weather front is expected to move through the area overnight, and the temperatures will be considerably cooler for Sunday’s race. 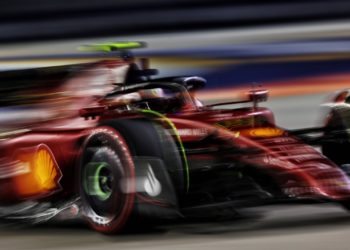