Pole deficit in France is a ‘slap in the face’ – Mercedes 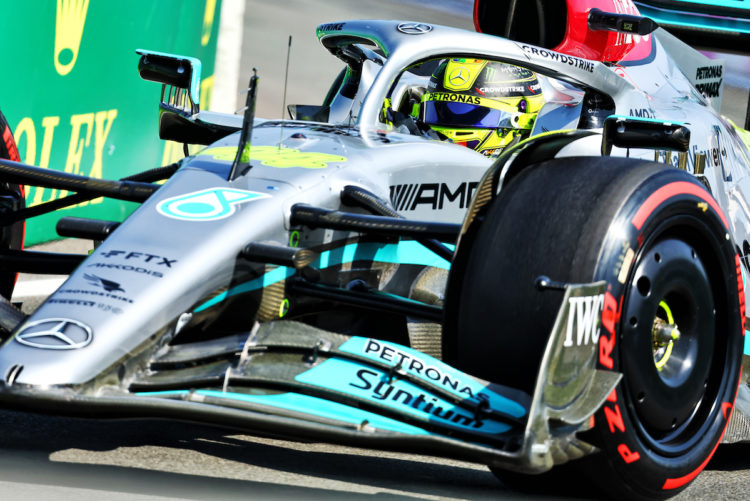 Mercedes team boss Toto Wolff says the team’s gap to pole position in France is a “slap in the face”, as it was almost nine-tenths down from the top spot on Sunday.

The Brackley-based squad has endured a difficult 2022 campaign thus far, and is still awaiting their first win of the season.

However, the team has slowly limited its issues and appeared to be making strides toward the front of the field with positive outings in Great Britain and Austria.

The reigning Constructors’ Champions arrived at the Circuit Paul Ricard with minor upgrades and the expectation that the track layout would suit its car better than other venues.

But Lewis Hamilton ended Saturday’s qualifying session in fourth place with a sizeable gap to the leaders, while team-mate George Russell was sixth.

“Expectation management is a bit of a thing this year, because we were slowly but surely working our way back to the front runners,” Wolff said.

“There were good signs in Silverstone, then we went to Austria, a track where we are normally not competitive at all, but we were close.

“It was a one minute circuit and we were 0.3s off in qualifying, that was successful.

“Then we brought quite a nice update package to Paul Ricard, a track that’s smooth, and off we go to hunt them down and then no performance… like, no performance.

Wolff says that Mercedes ended up having to take on extreme experiments with different components in a bid to close the gap, all to no avail.

“We experimented with rear wings, with almost the biggest we have, which Lewis described as dragging a parachute behind him in the morning, to a smaller version that makes us lose too much speed in the corners,” he said.

“Then we were experimenting with tyre temperatures and you can see we are now 0.7s to Verstappen – the Ferrari lap is a bit of an outlier with the tow here with Sainz, but if you would told me we were 0.7s to 0.9s that’s a bit of slap in the face.

“We are seeing in one session we are totally uncompetitive in the first sector to Q3 where we are the best in sector one and the opposite in the last sector.

“Clearly there is something happening, whether it is wind affected or tyre performance, where the car is on the edge and between hero and zero there is a super fine margin that we don’t understand.”