Horner: Too late for 2023 regulation changes amid floor row 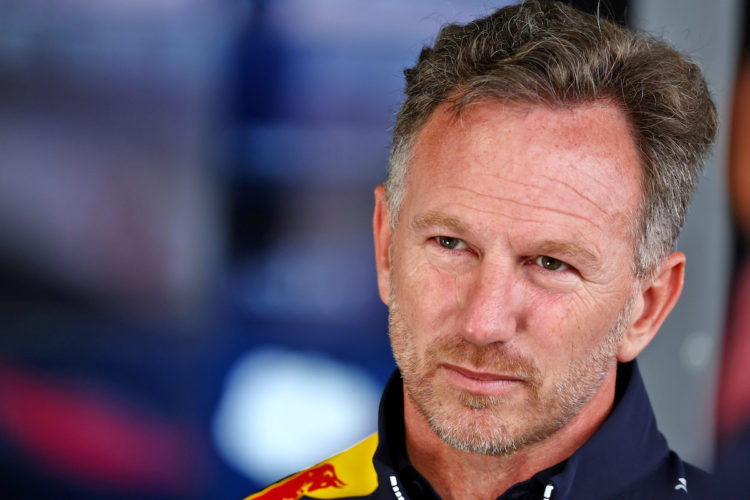 Christian Horner has hit out at the proposed Formula 1 regulation changes to the floor of the cars for 2023, insisting it is “too late” to introduce new rules.

Earlier this month, the FIA outlined its plans to ease the severity of high-speed bouncing, with a number of drivers complaining over the issue.

A technical directive, which includes an Aerodynamic Oscillation Metric (AOC), will be introduced at the Belgian Grand Prix, while there will also be  clampdown on flexi floors – however there are also further alterations planned for 2023.

These include raising the floor edges by 25mm and raising the underfloor diffuser throat, as well as introducing more stringent lateral floor deflection tests and a more accurate sensor to help measure the oscillations.

But with teams already developing their concepts for next year, Horner believes that it’s too far into a season to implement a major regulation shift for the 2023 cars.

“It’s not so much the directive that’s an issue, I think the problem is what they’re looking [at what] the remedy is for next year,” Horner told Sky F1.

“The directive is neither here nor there for us. I think there’s an awful lot of lobbying to change regulations significantly for next year.

“A certain team can run its car lower and benefit from that concept. It’s a very late point in the year to be doing it.

“I think the [FIA] president [Mohammed Ben Sulayem] is doing the right thing, he’s collating all the information and hopefully a sensible solution can be found.

“It’s too late in the day for fundamental regulation changes, which something like that would be.”

Horner has backed F1’s engineers to solve the issue themselves, pointing out that over the last handful of races, porpoising hasn’t been a major factor compared to earlier in the campaign.

“We haven’t had a problem all year. There’s only one team that has had a big problem,” he said.

“We’ve got some of the most talented engineers in the world in this sport, and I can almost guarantee you if we came back next year, there would be no cars with issues. In the last few races its looked OK, here [in France] looks OK.

“What you don’t want to do is kneejerk into an overreaction that could have fundamental impacts on next year’s cars.”