Rosenqvist unsure if Palou will have a seat next season 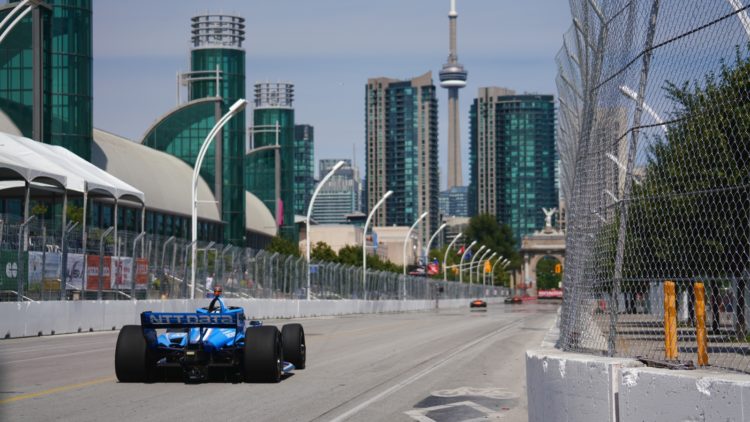 Palou ran well in Toronto, despite being involved in a complicated contract situation. Photo: Kevin Dejewski

After last week’s dueling announcements, it appears that reigning series champion currently has two signed contracts for 2023: one with Chip Ganassi Racing and another with McLaren.

It is currently up to lawyers to dig through the details of each contract to see which is more valid, and therefore which is able to be enforced.

After the race at Toronto, however, the driver that’s currently in the #7 Arrow McLaren entry hinted that there could be a third option for Palou’s future.

Felix Rosenqvist said that he thinks things are trending towards his rival not having a seat at all next season, which would be quite a shock development if true.

“Yeah, it’s up to lawyers and stuff. Honestly it’s not my business at all.  I think honestly it hasn’t really changed anything.

“This whole deal went down months ago. I didn’t know all the details of it that I know now, but nothing has actually changed.

“I think if Zak [Brown] was sure I was going to FE, he would have already said it.  I’m going to take that chance.  If there’s a chance for me to be here next year, I’m going to try to prove I can do that.”

A scenario where Palou has to sit out a season, or drive somewhere other than IndyCar, could indeed come about if it turns out that Ganassi’s contract extension is valid.

With the 25-year-old already telling his current team that he intends to leave and does not want to race for them anymore, it would not benefit either party to have him driving their machinery in 2023.

And if Ganassi wanted to stick to their agreement to the letter, they could deny his release to McLaren and leave him without anywhere to race.

This scenario seems unlikely at first glance, but it is entirely possible if it is determined that he is under contract with a team for which he has no interest in racing.

Further resolution to the complicated situation is expected in the coming weeks, leaving those outside the negotiating room to wonder what the eventual outcome will be.