The theme of porpoising and bottoming has therefore made it possible for the FIA ​​to work to find an effective remedy to be adopted even in the short term. On Thursday 14 July 2022 a special meeting was held in the Technical Advisory Committee, in which the Federation put on the table the fundamental points on which to intervene with the technical regulation of 2023 to cancel the porpoising phenomenon for reasons related to the safety of pilots and car. 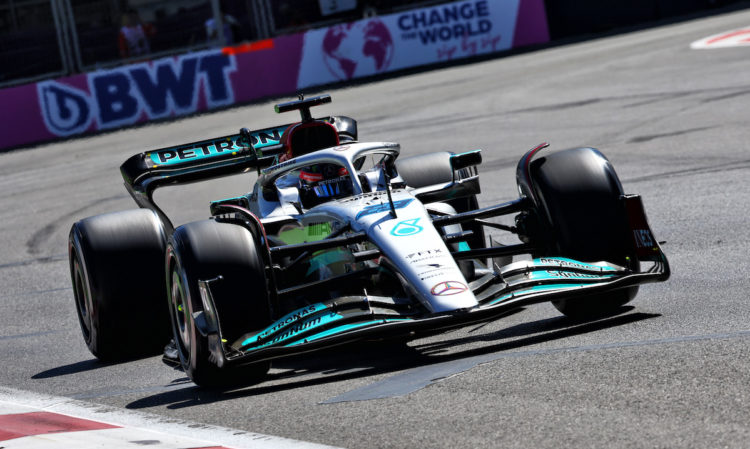 The porpoising phenomenon has been – and still is – the technical issue at the forefront of the 2022 Formula 1 season since the return of single-seaters equipped with Venturi tunnels.

The phenomenon reached its peak at the Azerbaijan Grand Prix thanks to the long straights and uneven surface. The images of Lewis Hamilton who, at the end of the race, ​​struggled to get out of the cockpit of his W13, put the issue front and centre and eventually led to action from the FIA.

The governing body took its first steps during the weekend of the Canadian Grand Prix, putting in place a technical directive (TD39/22) to seek an effective short-term remedy. However, the directive was then delayed first to the French GP, only to be postponed again to the Belgian GP, with only the Aerodynamic Oscillation Metric (AOM) to be introduced at Spa-Francorchamps.

But with a view to 2023 and in a bid to find an effective and permanent remedy, on Thursday 14 July 2022 a special meeting was held in the Technical Advisory Committee, in which the Federation put on the table the fundamental points on which to intervene with the technical regulations of 2023 to cancel the porpoising phenomenon for reasons related to the safety of the drivers and the car.

The FIA ​​is essentially defining a metric together with the teams to introduce a change to the current regulation to limit porpoising. The metric should establish a limit value on oscillations, requiring teams that exceed a set value to intervene on stiffness and ride-heights. A car that exceeds the limit of vertical oscillations imposed for that weekend would run the risk of being excluded from the GP.

The idea of ​​the Federation’s technical department would be to monitor the oscillations of the floor by installing an accelerometer on each car.

However, this directive has found a number of problems, including that of being able to install these sensors in a standard position on all cars.

This was one of the main reasons for the postponement of the mass into force of the TD39. In addition, the FIA ​​had granted for the Canadian Grand Prix the use of a second floor support tie, which was later used only by Mercedes.

However, Toto Wolff’s team then abandoned this solution after other teams threatened a protest aa the rule change hadn’t yet been reflected in the technical regulations, something the FIA needs unanimous agreement to implement.

After Baku, the race that could have worried the most in terms of porpoising/bottoming out was Austria, but in the end the phenomenon did not create particular problems. The FIA ​​therefore postponed the enactment to the end of the summer, where the races at Spa and Monza would have had levels of hopping similar to those of Azerbaijan due to the long straights.

The Federation also admitted that it is monitoring several teams, as many of them may be using floor flex levels to reduce porpoising. By updating the TD39, it was highlighted how many teams use the skid block (i.e. the central wooden axis found under the cars) to flex the floor in the external areas, in order to recreate side skirts to seal the flow.

We remind you that the skid block is no longer in Beech wood as it used to be, but it is in a synthetic material formed by a special resin. According to the FIA, this component requires more attention, since its excessive flexibility is partly the cause of the triggering of porpoising.

The plank should have linear density and flex values ​​along its entire extension. However, the FIA itself concedes to divide the skid block into several parts, for a maximum of 3 portions. Teams would play around with this to create different flexures of the material. In addition, the main flexural checks take place in the initial portion, where there is the T-tray. Instead, we have seen that these 2022 single-seaters go down and touch at the rear, before the diffuser begins.

For 2022, the situation ​​is obviously more complicated, since intervening in the current championship is always very complicated. However, the FIA ​​is trying to move in time for 2023 as well, and has drawn up a definitive regulation in terms of bouncing before the end of the summer, and before the technicians are already too far ahead with next year’s projects.

With the meeting on Thursday 14 July, the first proposal for a technical change was drafted that will be put to the table at the Council of world motorsport, with the proposal to change the design of the floor in the outermost part and in the internal grooves. The idea is to raise the external area of ​​the floor by 25mm compared to 2022, in addition to raising the initial part of the diffuser.

A non-radical change, somewhat reminiscent of the one made in 2021 with the cutting of the side floor edge. Teams will surely find a way to recover the downforce that is lost by raising the side of the floors, but porpoising should be somewhat eradicated. Bending load tests will also be introduced in the lateral edge of the most severe floors, in addition to the installation of a more accurate sensor to monitor the oscillations during the sessions.