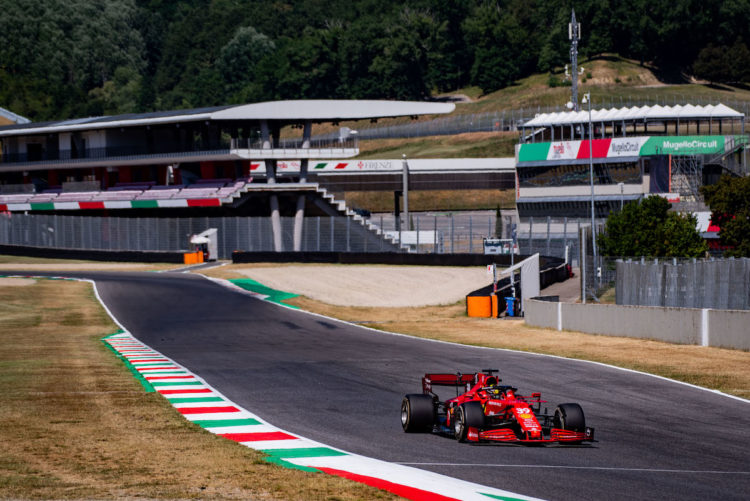 Robert Shwartzman took part in a private test session with Ferrari on Wednesday, setting 130 laps around the Mugello Circuit in Italy.

Shwartzman holds a test driver role with Ferrari in 2022, and drove the team’s SF91 car from last year at the test day.

The 22-year-old is driving under an Israeli licence, after the FIA banned drivers from competing with the Russian flag amid Russia’s invasion of Ukraine.

The test marked another day of preparation for Shwartzman, who is set to drive Ferrari’s 2022 car at two free practice sessions this season as part of the sport’s new rule to include more rookie drivers at race events.

Ferrari says that after some initial set-up work, Shwartzman’s day consisted of running various fuel levels which simulated both qualifying and race runs.

The team states that “this meant he was able to assess on track the same conditions he regularly works with on the simulator”.

“Today was very useful for Robert as he is due to drive in at least two free practice sessions at Formula One World Championship events this season, as per the regulations,” Ferrari added.

“It was also valuable training for other Scuderia personnel.

“The crew working at Maranello today was made up of a mix of very experienced mechanics and engineers, working alongside youngsters training in Maranello, with currently only limited trackside experience.”

Shwartzman does not have a full-time race seat in 2022, having spent the last two seasons competing in Formula 2.