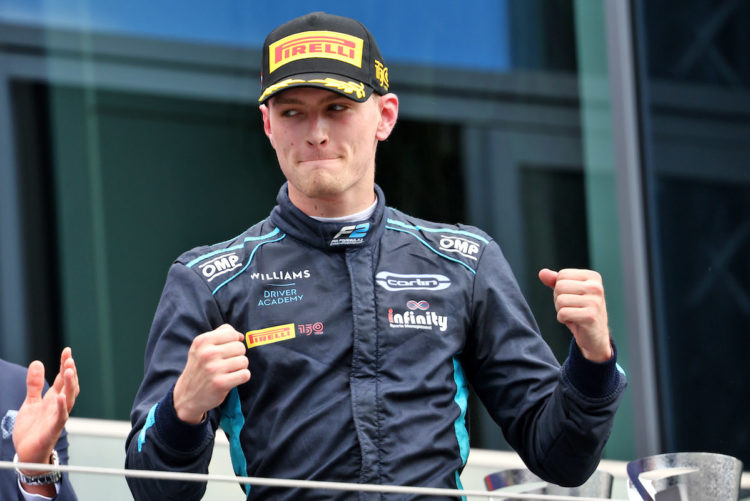 Logan Sargeant has inherited the victory at the Austrian Feature Race after those ahead of him were penalised post-race.

Sargeant crossed the finish line in fourth place, but was immediately promoted to third after second-placed Roberto Merhi was penalised for a track limit violation.

The Williams academy driver was then moved to second place when the original race winner Richard Verschoor was disqualified for failing to provide a sufficient fuel sample.

Verschoor pulled to the side of the track moments after winning the race.

“During the after-race Scrutineering Car 20 [Verschoor] was not able to provide a fuel sample of min. 0.8 kg,” read a statement from the Stewards.

“Only 31.3 grams of fuel could be extracted from the car. This is not in compliance with Art. 14.6 of the Technical Regulations.”

Jehan Daruvala then took the provisional race win, however the PREMA driver was then penalised as a team member attempted to alter the grip of the track surface at his grid position prior to the race start.

“Having considered the matter extensively, the Stewards determined that the team attempted to dry the track surface at their grid position prior to the race start by applying the fans normally used to cool the engine to the ground directly in front of the rear wheels of Car 2,” said the Stewards’ statement.

“This has been witnessed and reported by the Technical Delegate.

“As a performance advantage can never be ruled out in such a case, the mere attempt to alter the track surface is prohibited irrespective of any success.

“Therefore the infringement is penalized accordingly.”