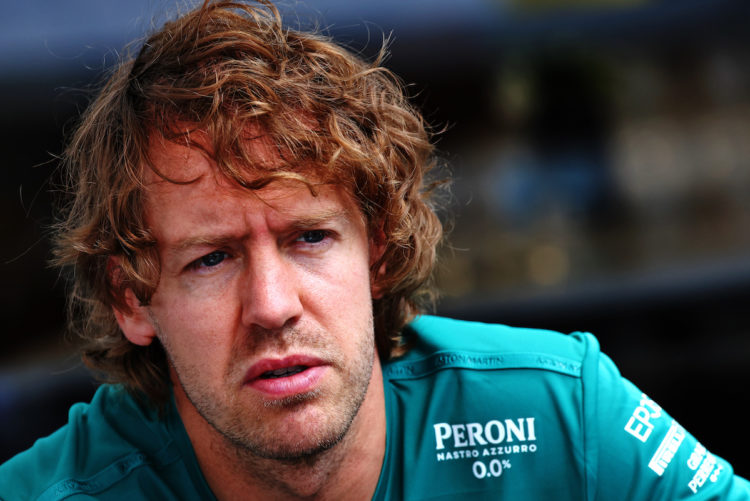 Sebastian Vettel has been handed a suspended fine of €25,000 for leaving Friday evening’s drivers’ meeting in Austria early without permission.

Vettel expressed frustration at the meeting over topics that were discussed, before he exited the room.

The Stewards summoned Vettel after the F1 Sprint on Saturday, believing he was in breach of Article 20.1 of the Sporting Regulations and Article 12.2.1 f) of the International Sporting Code.

Article 20.1 relates to mandatory attendance of the meeting, while Article 12.2.1 f) says that a driver is in breach of the rules if they use “any words, deeds or writings that have caused moral injury or loss to the FIA, its bodies, its members or its executive officers, and more generally on the interest of motor sport and on the values defended by the FIA”.

Vettel avoided a penalty on this occasion, but will be fined if he breaches any of the relevant regulations throughout the remainder of the 2022 F1 season.

“The driver, Sebastian Vettel, left the drivers’ meeting that was held at 19:30 on Friday 8 July, without permission, and expressing frustration at the meeting,” read the statement from the Stewards.

“Drivers are not free to leave when they want, this being a breach of the requirement to attend.

“Drivers at this level are role models for every driver around the world and in the opinion of the Stewards Vettel failed to live up to that standard in this case.

“Subsequently Vettel had a meeting with the Race Director, who informed the Stewards that Vettel apologized without reservation, and that further, they had a very constructive conversation covering the topics in the meeting and more.

“The Stewards determine that there is a breach, which cannot go without penalty, but that based on the report from the Race Director there are factors in mitigation.

“Therefore, the Stewards order a fine of €25,000, which is suspended for the remainder of the 2022 season, subject to any breach of Article 20.1 of the FIA Formula One Sporting Regulations or of Article 12.2.1 f) of the International Sporting Code.”