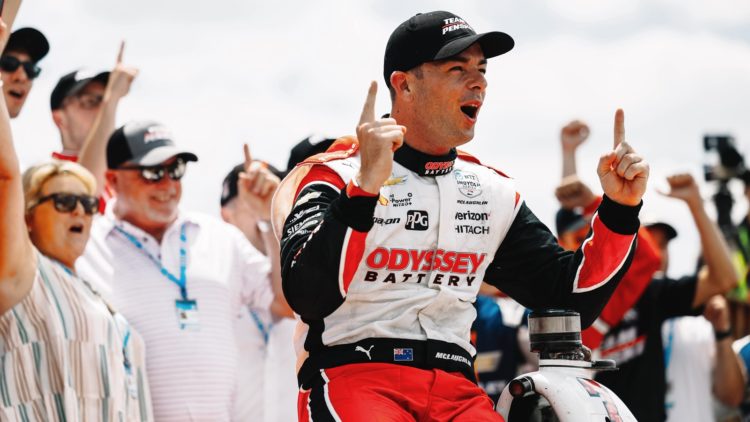 On Sunday, Scott McLaughlin became the second driver to earn multiple race victories in the 2022 IndyCar season, and he credits his confidence behind the wheel as the reason for his good performance.

The sophomore driver started the year off with a bang in St. Petersburg, claiming his first pole and maiden win since moving over from Australian Supercars to IndyCar in 2021.

He followed that up with a podium in Texas, but hit a bit of a slump since then.  Until recently that is, as the Kiwi has found his groove and put in a dominating performance at Mid-Ohio last weekend.

Speaking after his victory, the 29-year-old talked about how his lack of second-guessing behind the wheel has helped get him back to the front.

“I’m a lot more assertive with where I’m going to go.  I’m not second-guessing what I’m doing.  I’m just, this is what it’s going to be, and so be it.  Yeah, I’m super proud with where we’re going and my development, like I said, and I think we can continue to push, and I think it’s been building.

“At the end of the day I feel like since we had Barber and then we went to Indy and we were basically leading that race and then obviously slick tires didn’t work in the wet, and basically every race since then I’ve been there or thereabouts.

“Every race since then we’ve been in a spot to be top five or top eight.  We’ve converted it the last two races, and that’s what we’ve got to continue to do if we want to get back into this fight.”

McLaughlin also mentioned that his Team Penske crew expected it to take just over a year for him to fully adapt to open wheel cars, which seems to have been an accurate prediction.

After winning multiple championships in Supercars, he felt that he was a good enough driver to immediately begin winning races in IndyCar.  The comfort level that he is just now finding is finally allowing him to live up to his own performance expectations.