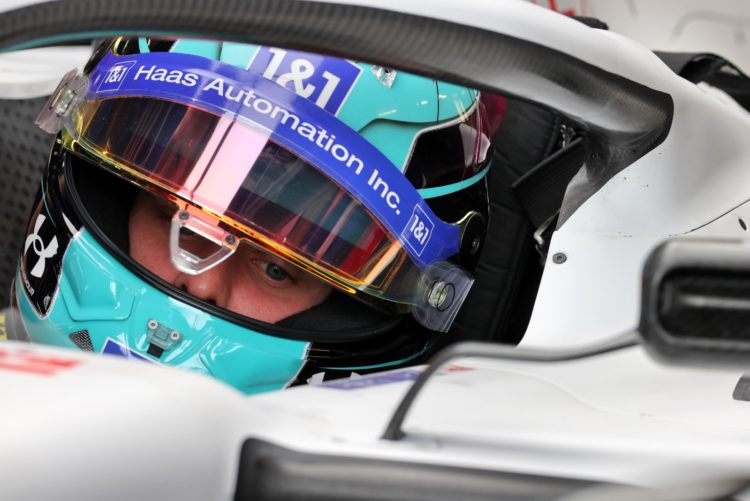 Haas says that a steering wheel imbalance accentuated Mick Schumacher’s problems during a dismal display for the team at Silverstone.

Haas locked out the third row of the grid in tricky conditions in Canada but struggled for pace in similar weather in Britain.

Kevin Magnussen was only 17th, with Schumacher 19th, as both were eliminated in Q1.

Haas revealed after the session that Schumacher was also afflicted by his steering wheel being off by around 10 degrees.

“Unfortunately we had an issue with the car, it seemed like something with the steering wasn’t right which is the last thing you want, especially in these changing conditions,” said Schumacher.

“We’ll analyse what happened, but I think that was a big reason why we didn’t make the step-up into Q2.”

Magnussen believes Haas has to understand its drop in pace compared to two weeks ago.

“Mick was looking good in FP3, I didn’t have a good one, but I could see what the car could do so I was confident,” he said.

“Then it rained, and that made me even more confident but for some reason we just didn’t have the pace today in the wet. It’s interesting, we’ve been quick in the wet a couple of times this year, but it’s been on very different tracks to this one.

“There’s something to learn from that so we’ll try again tomorrow and see if we can fight our way back into the top 10.”