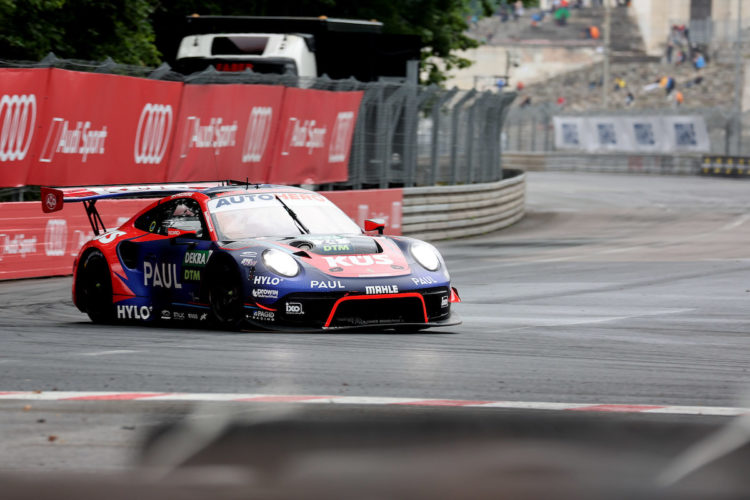 Kus Team Bernhard’s Thomas Preining won a chaotic DTM race at the Norisring, which had 27 starters but only 11 on track finishers.

The 55-minute race had three safety cars and a lengthy full course yellow, all of which were preceded by multi-car incident eliminating more than half the field by the end of the race.

Polesitter Kelvin van der Linde lost the lead to Preining at the second restart, with K. van der Linde being eliminated from the race in an incident with Mirko Bortolotti, who also had to retire because of damage from the clash.

Dennis Olsen, for SSR Performance Porsche, finished second, while ABT Audi’s Rene Rast finished third, with Olsen overtaking him in the final laps. His teammate Laurens Vanthoor, new to the DTM this season but not to GT3 racing, finished fourth.

Schubert BMW’s Philipp Eng finished fifth, having not managed to get pass Vanthoor. Reigning champion Maximillian Gotz finished sixth, while Luca Stolz, who started from the back after issues in qualifying, was seventh. Abt’s Ricardo Feller was eighth, with Mikael Grenier was ninth. Clemens Schmid rounded out the top 10, with Marius Zug the last of the finishers in 11th.

Most consequential of the retirees was probably championship leader Sheldon van der Linde, who was involved in a multi-car accident on the first lap. As previously mentioned, Mirko Bortolotti, second in the championship, also retired. 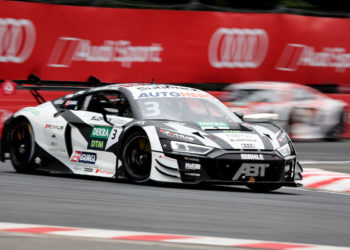