Hamilton: Mercedes’ race pace not miles off after upgrade 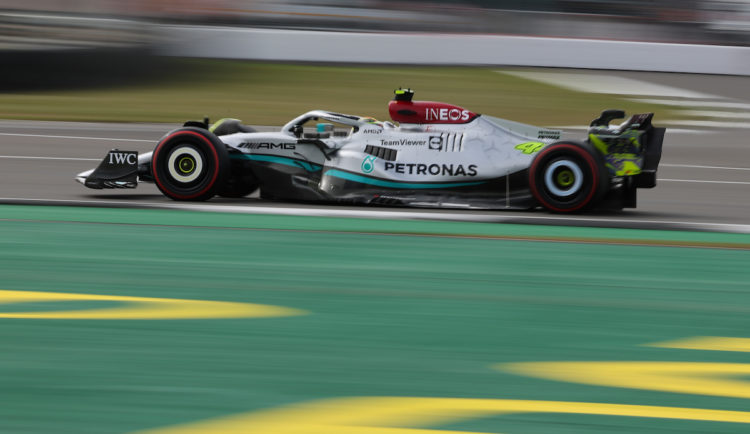 Seven-time Formula 1 World Champion Lewis Hamilton says Mercedes is not far away from the long-run pace of Red Bull and Ferrari at Silverstone.

Hamilton ended the second practice session from his home circuit in second place, just over one and a half tenths down on pace-setter Carlos Sainz.

Mercedes entered the British Grand Prix weekend with a number of upgrades, focused on its floor, front suspension, rear wing and sidepod.

The reigning Constructors’ Champions has endured a difficult start to the 2022 campaign and is still awaiting its first victory of the season.

It has typically struggled on Saturdays more so than during the race, with Hamilton commending the team’s long-run pace after Friday practice at Silverstone.

“The upgrades wasn’t anything to do with ride, it’s just literally downforce and it’s difficult to feel it because they are two massively different tracks,” he said.

“It’s coming from a low speed circuit to a normal medium and high speed circuit, so didn’t get to feel the car like this last week.

“But it’s much smoother as a track, much better. More like Barcelona but this is the best track. It’s still hair-raising and it’s epic to drive. We’re fighting the car.

“Our long-run pace isn’t as good as the other guys but it’s not miles off. So definitely made an improvement and overnight we’ll be working on it.”

One of Mercedes’ biggest challenges this season has been bouncing, with Hamilton admitting that it is still seeing the issue at Silverstone.

“It’s bouncing still, quite a bit,” he said “Not necessarily in a straight line but through the corners it’s pretty harsh.

“Not physically harsh. So we’ve still got work to do but it feels like a small step forwards.”

Team-mate George Russell is also finding that the car is bouncing through the corners, but was encouraged by the ride down the straights.

“It’s a very different circuit here in Silverstone,” Russell said. “We knew that through the corners in the high speed was going to be a bit of a challenge and that has turned out to be true.

“Through Copse and Maggotts and Becketts the car is bouncing around so we need to try and understand that.

“But there was no porpoising down the straights which is at least one positive sign. So as I said there are positives there, we just need to dial into it and really maximise it.”