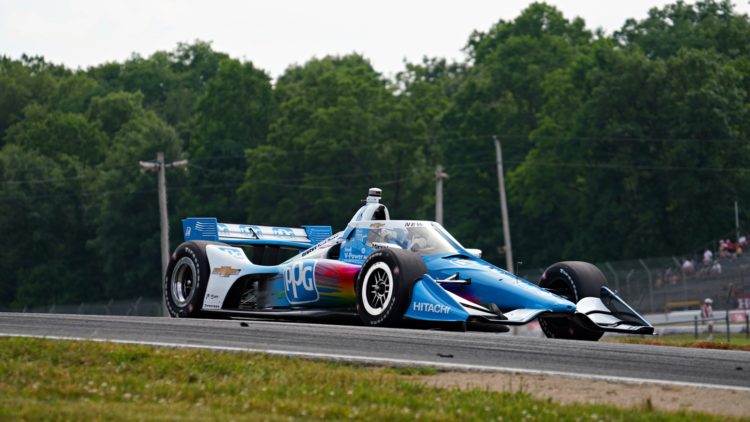 IndyCar held its lone practice session on Friday afternoon at Mid-Ohio Sportscar Course, and it was Josef Newgarden who topped the timesheets.

The two-time champion has been on a roll this season, winning three races and holding the third spot in the points standings after half of the season.

Newgarden lapped the 2.26-mile course, which hosts ample elevation changes as it winds through the trees, in 1:07.0549.

Alex Palou put in a lap just a couple tenths of a second slower, followed by Felix Rosenqvist in third.

David Malukas held the top spot at one point in the session, and finished an impressive eighth on the timesheets as the fastest rookie of the day.

Almost every driver set their fastest lap on the faster alternate tires, using a set that had to be given back to race control at the end of the session.

The extra set was allocated due to the extended length of the Friday practice, and is intended to get drivers to run more laps on the first day of the weekend.

There was only one stoppage during the 75-minute practice session, which was caused by Takuma Sato running his Dale Coyne Racing Honda into the gravel.

After getting restarted by the safety crew, Sato continued on his way, and spread a heap of gravel onto the track as well.

The weather was warm and humid, which gave drivers a tough task to find the limit on the slick track.

A weather front is expected to move through the area overnight, which will provide some relief, but will also wash away and rubber that was laid down on Friday.

The second practice session takes place on Saturday morning, with the standard 45-minute run starting at 9:30 AM Eastern Time.