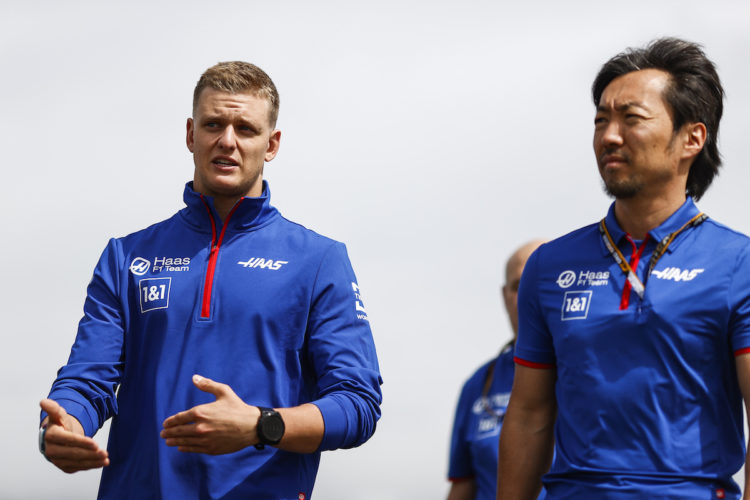 During the opening stages of the 2022 season, Schumacher drew criticism after being involved in a number of on-track incidents.

It led Steiner to say that there would be a “serious conversation” with the German driver if he shunted again.

Last time out in Canada, Schumacher progressed into Q3 in difficult conditions and was running inside the points during the grand prix before he retired with a mechanical issue.

Asked if he was confident that Schumacher has turned a corner in his season, Steiner said: “I was encouraged by his performance, I don’t know if he turned a corner, how we say it – one swallow doesn’t make a summer.

“I think he made a good step and hopefully can continue here that the qualifying gave him confidence and a lot of it is sitting in these cars.

“Canada is not an easy track, he was never there [before], and he executed it well, so I hope he can make the next step here and keep on that trend, we get the best out of him, because he wants it and we want it.”

In Montreal, Schumacher’s team-mate Kevin Magnussen was involved in a mild collision with Lewis Hamilton on the opening lap and suffered front wing damage as a result.

He was forced to pit for a new wing early on, all but destroying his hopes of scoring points.

Magnussen has had a handful of opening lap incidents this year, but Steiner asserts that he is not wanting his drivers to change their approach on the first lap.

“I think Kevin knows now, third time, don’t go near Hamilton!” Steiner joked. “To be honest both times he paid the consequences and normaxlly that doesn’t happen.

“If you tell them what to do, to go slow, you know what happens, someone runs into you!

“It’s one of those things I say guys do the best you can, stay out of trouble, but can you guarantee it? No way, you are not in control of the other 19 cars.

“When we hit in Barcelona, we both got punctures and in Canada I lost a bit of the front wing, but it kept stuck and I had to pit, so there was a big penalty for it.

“I don’t think I need to change that much but you never want to have contact ever, so I’ll try and avoid it.”