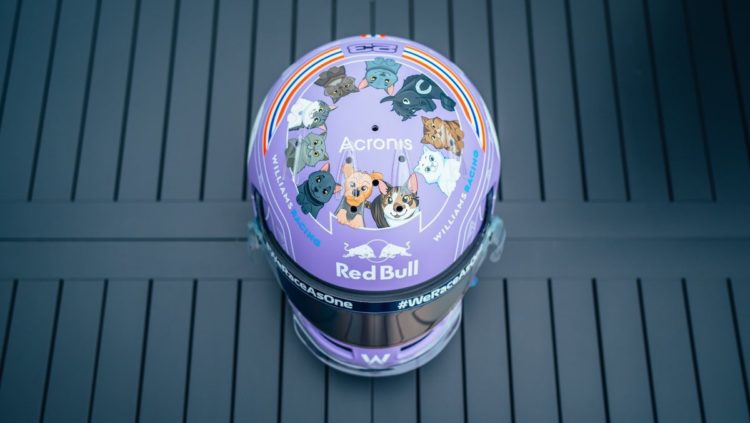 Albon, along with his younger brother and three sisters, Luca, Chloe, Zoe and Alicia, have a number of pets and even have an instagram page dedicated to them, with more than 64,000 followers.

The helmet, in a shade of lilac, features ten of the Albon family’s pets, including a horse, several cats and a dog.

Albon will also have an upgraded Williams FW44 this weekend, featuring a raft of updates that the team are hoping will push them into the midfield battle.