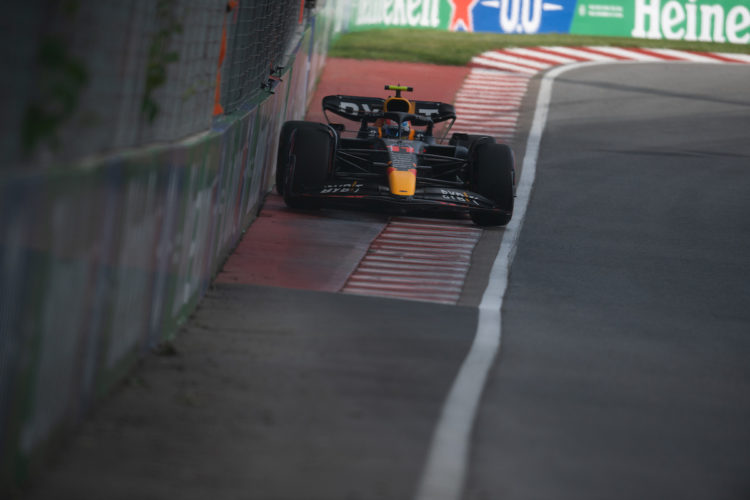 Sergio Perez believes it is too early for the sport to draw conclusions over the new-for-2022 Formula 1 cars.

Since the start of the season, cars have been bouncing on the straights, which is a consequence of the ground effect phenomenon.

The challengers are now running much lower to the ground and are set-up much stiffer than before, leading to complaints from some drivers.

Mercedes has been a team that has been particularly vocal over the matter, with Lewis Hamilton and George Russell questioning the safety of the current situation.

Prior to the recent Canadian Grand Prix, the FIA introduced a Technical Directive in a bid to minimise the porpoising, with Montreal effectively used as a data-gathering weekend.

Red Bull was critical of the FIA’s decision, with team boss Christian Horner asserting that his team was not suffering from bouncing.

Asked if F1 has taken a wrong turn with the new regulations, Perez said: “I think it’s too early to judge this regulations.

“I think they’ve brought good racing, you’re able to follow close, certainly. I think the downside of it is the bouncing that we are experiencing.

“But we are just starting a new era so we have to give time to the new regulations to get on and I think should we be OK.”

Some have claimed that Red Bull is against any regulation changes due to the strong pace it has at the start of the 2022 campaign.

Ferrari’s car has bounced heavily down the straights on occasion, particularly on Carlos Sainz’s side of the garage, however its pace has not been hindered.

Sainz admits that he was surprised how fast the FIA opted to take action following complaints from drivers.

“The FIA has definitely listened to the conversation that we had with them in the last few weeks and to the drivers’ complaints,” he said.

“To be honest, I didn’t expect such an early response or such an early action. Because I think we really need to look into the detail of what are the actions we need to take to make these cars [better] in the future.

“Take the right actions to make them a bit more benign for the drivers. But let’s see how these rules are. I think they’re going to start affecting pretty much every team in the grid because everyone is just running as stuff and as low as they can.

“But I’m interested to see how it affects everyone really, see how it goes.”