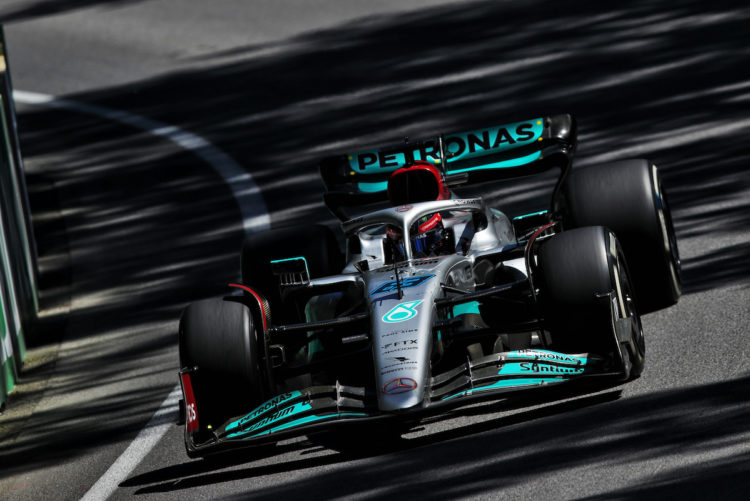 Mercedes believes that it will be able to enjoy a strong race weekend at the British Grand Prix in just over one weeks’ time.

The reigning Constructors’ Champions has endured a difficult start to the 2022 campaign, and is still awaiting its first victory of the season.

It has suffered with severe porpoising on occasion, while it is yet to unlock the car’s potential, with Lewis Hamilton believing that there is still lots of pace to uncover.

Mercedes has been dominant at the British Grand Prix in recent years, winning eight of the last nine races at Silverstone.

It will arrive at the circuit next weekend with upgrades to its car and hopes to have a stronger outing compared to recent events.

“We will be bringing new bits to Silverstone, we will be trying to push the car forward, trying to get some pace from the car we’ve got or from the package we’ve got as well as the new bits we are going to add to it,” said Mercedes’ Technical Director Mike Elliot on its F1 Debrief video.

“I think at the same time though we have to be honest with ourselves and say that at the moment we are just a little bit behind those front runners in Ferrari and Red Bull.

“And in a normal race I think it is going to be tough. I think Silverstone will be a circuit that suits us a little bit better, like Barcelona did, but maybe it will be just a little bit difficult.

Mercedes has scored five podiums in the opening nine races of the 2022 season, and currently sits third in the Constructors’ Championship.