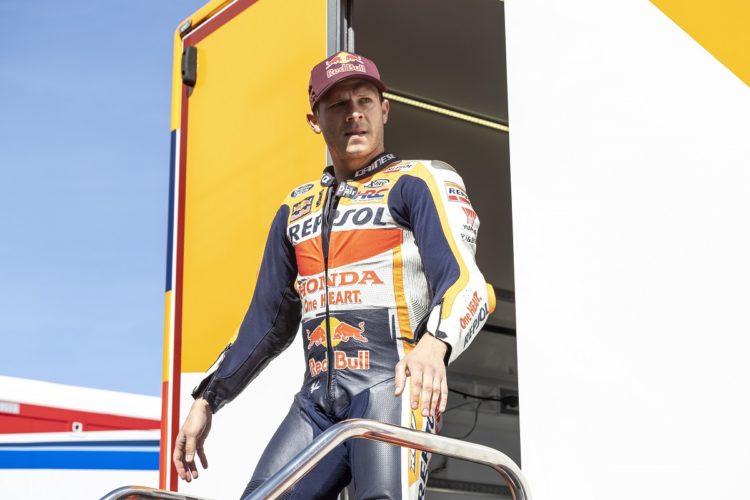 Stefan Bradl labelled it “unacceptable” that Honda’s RC213-V was burning its riders during the German Grand Prix, a phenomenon that left him with a badly burned right foot.

The Honda test rider – who is currently deputising for the injured Marc Marquez in the Japanese manufacturer’s factory squad – finished 16th in his home encounter having struggled for outright speed throughout the Sachsenring weekend, though his main issues stemmed from the physicality of riding his machine across the 30-lap encounter.

Describing his first home outing since 2019 as “terrible”, Bradl explained that the RC213-V was badly burning his right hand, leg and foot during the race as a result of a lack of air flow around the machine for the rider – a situation that he says meant he “couldn’t control the bike.”

“The only thing that was nice was the national anthem on the starting grid, I was suffering an unbelievable amount with the heat, even just following people off the start I was burning my hand, in particular my fingers on the brake lever so I couldn’t control the bike.

“Then after a couple of laps where I had lost contact with the other people in front of me I suffered with a lot of heat on my right boot, it was burning the bottom of my leg because there was no air flow.

“I finished the race but I was thinking about giving up because there was no reason to continue physically, it was unacceptable.”

Honda team-mate Pol Espargaro was forced to pull out of the contest while running within the top ten after his injured ribs began to prove too much of a barrier to continue, though the Spaniard also revealed the overheating issue is something that has plagued the bike at least since he arrived at Honda at the start of 2021.

“The heat on my foot is a problem we have had since I arrived two years ago and is really painful, I had to retire it (physical injury difficulty alongside overheating) was too extreme.”

With both Bradl and Espargaro failing to score – as well as LCR duo Alex Marquez and Takaaki Nakagami also both failing to see the finish as a result of a ride height device failure and crash respectively – Honda also achieved the unfortunate stat of failing to score a manufacturers point for the first time since 1982.